Well that was a good creative start for the first week in January and if I achieve nothing else all year I have at least finished off two projects that have been sitting on my sewing table for the best part of last year. 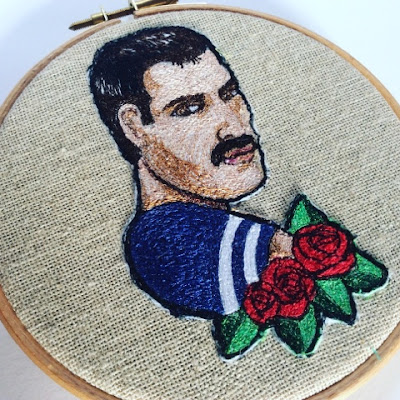 If I'm honest this one might have been lurking about nearly eighteen months. I made some little stitched portraits back in 2016 ready for my open studio in July. Stewart named them my "Dead Singers"... very tasteful! So continuing the theme I started on Freddie Mercury. But then Open Studios ended and there wasn't very much interest in the ones I had already done so Freddie got cast aside for other things. But in my quest to finish things in 2018 I found him again and now he is complete and mounted in his little frame. 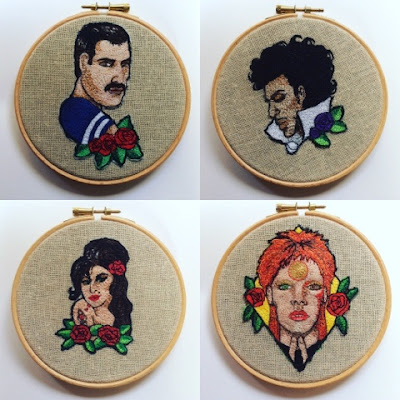 Of course, having finished him I now want to make some more which rather defeats the object of getting stuff finished and out of the way in the first place. Not that it has stopped me... I have Marc Bolan and Jimi Hendrix drawn up ready to stitch! 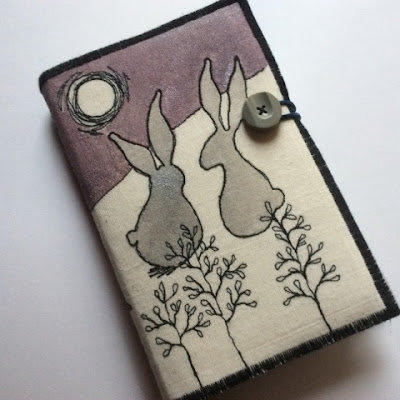 Another project that has languished on my table for most of last year was this little book cover, started as a sample in one of my classes... ridiculous really as it only took an hour or so to complete. 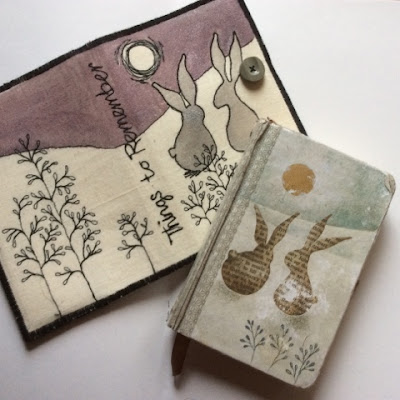 I can take no credit for the design as it was made to cover the little notebook I carry around in my handbag so I took inspiration from the original cover. As you can see the notebook is rather dogearred and the cover has been taped back on so this little book jacket was desperately needed. I can't imagine why I didn't finish it sooner really. 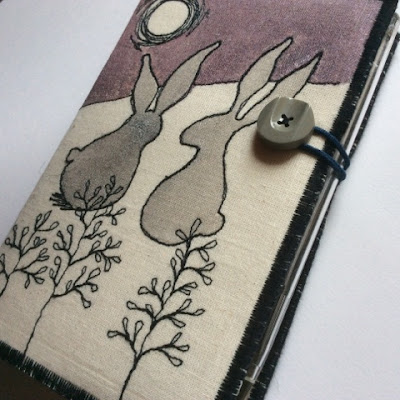 So that's two projects finished... and another two started. Maybe I'm not doing as well as I thought!
I've also been taking part in an art challenge on Instagram to draw a doodle a day following daily creative prompts. I've not always liked the prompts but so far I've been doing it every day and it has already inspired me to do some other things... but I'll save that for another day because my supper is ready.

I hope your weekend has been a good one too!