Once again I am wondering whether this blog has run its course. Every time I write a post I think I must do this more regularly but then I forget all about it and it is no longer in my consciousness and another three weeks goes past. I used to write twice a week but its now more like twice a month... on a good month! But I'm hanging on in there!

To be honest, Painting is taking up most of my free time and these are a couple of my most recent attempts. I'm not sure how finished they are, whether there will be minor adjustments or whether I might even paint over whole areas. It doesn't matter because I am loving it. I am loving it so much that I have now signed up for an intensive three month course called CVP. It was a big decision because not only will it require a fair bit of time but it has also been quite a financial investment. But change never happened without taking risks and I am ready for change. I'm ready to try something new.

So maybe my blog is ready for change too! Originally I set it up with the idea of recording my textile art as I embarked on a degree in stitched textiles. Not many of my original followers from those days are still around. In the intervening years there has been so much more... knitting, reading, family life and cakes... lots of cakes, but I'm not sure that is what I want to write about any more. It's art and painting that is lighting my fire... or perhaps I should say, Fanning my Flame, at the moment. I have set up a new Facebook page to share my art, where you will be most welcome to come and visit and follow me. And I think the website is almost done... I'll let you know when I have finished tweaking! 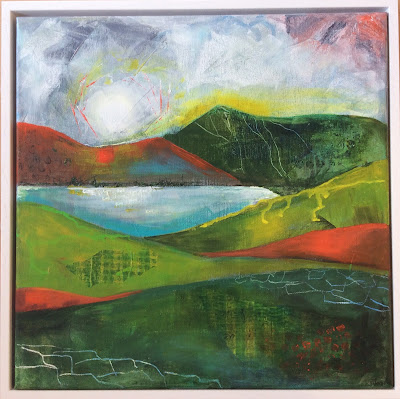 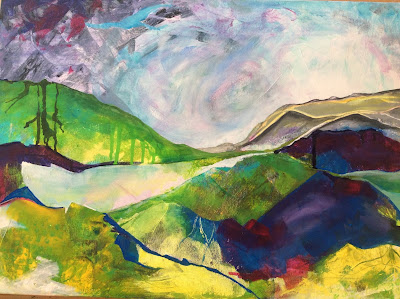 But just so you know the blog hasn't changed completely or gone forever, I'll share will you my latest knits for the grandson who really doesn't want to arrive! 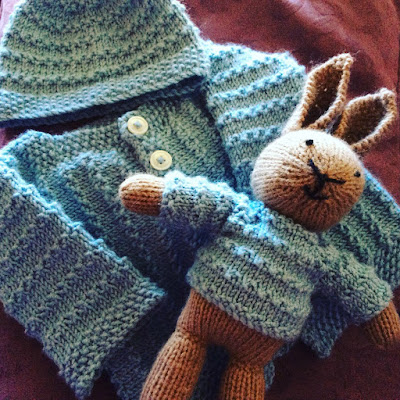 There is a little cardigan from a knitsofacto pattern, a hat that I invented, that has been made twice (since the due date I might add) because the first time it was huge (I have no plans to go into pattern writing fortunately)... and a little bunny in a matching sweater from Little Cotton Rabbits. 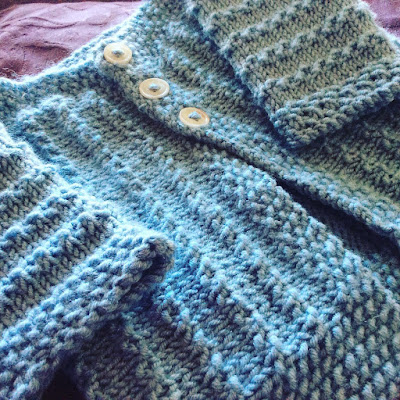 Now all we need is a baby! 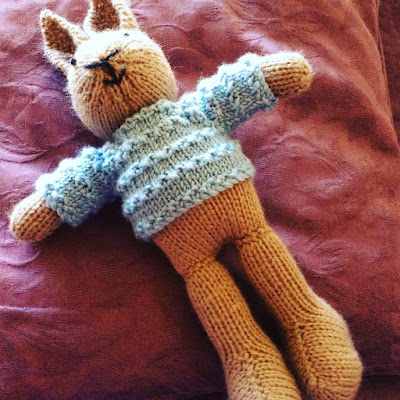 Now if you excuse me I'm going out to my studio to paint, where I will ignore the rain and howling wind,  while I wait for that phone call with news!
And the blog... I'm not really ready to give it up because letting go is hard isn't it? So I expect I'll see you again in about three weeks!
Posted by Gina at 13:57 22 comments: 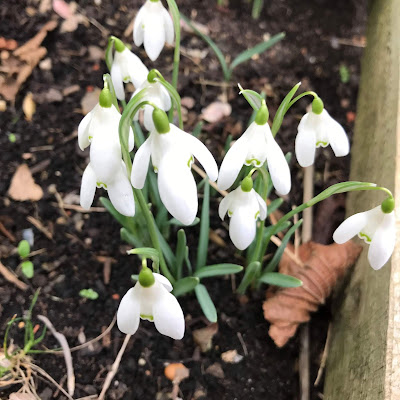 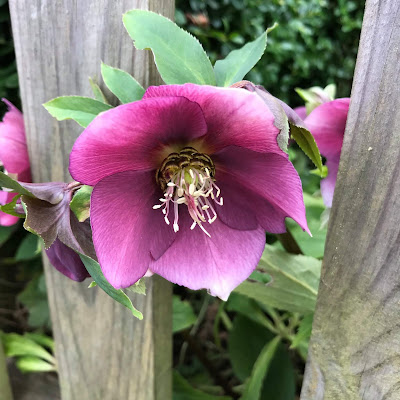 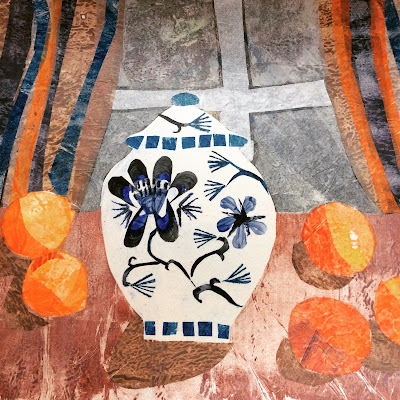 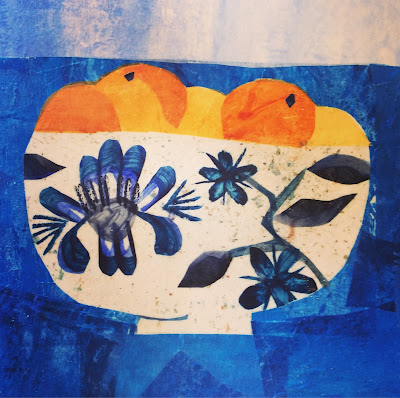 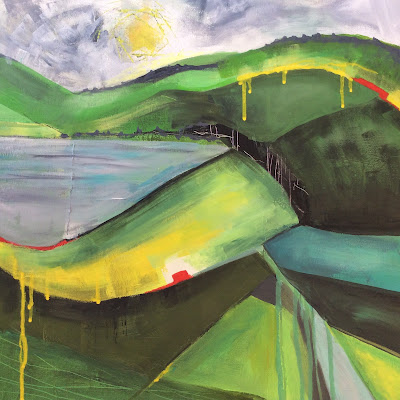 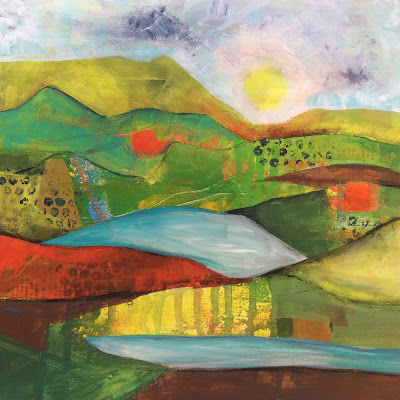 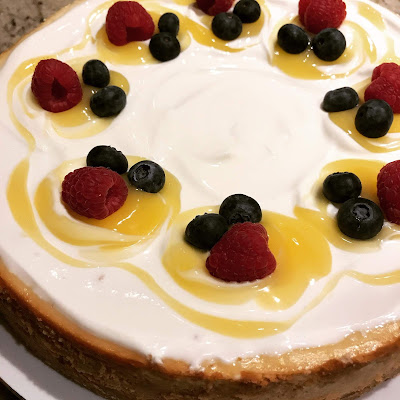