What is this I hear you cry... a post about cake only two days after I tell you I'm cutting back on sugar. But in my defense... this was made last weekend (before I started the new regime), it was a special occasion and I am once again joining in with The Cake Slice Bakers. 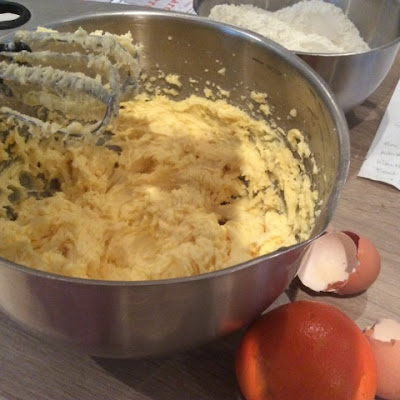 It has been a long time since I made a cake with this group but they have kindly let me stay a member. Each month the Cake Slice bakers, a group of bloggers who enjoy baking and eating cake, are offered a selection of recipes from a chosen book for the year. We choose one of the recipes to bake and then on the 20th of the month we blog about it. There are very few rules but the main one is that we have fun trying new recipes and baking cakes. 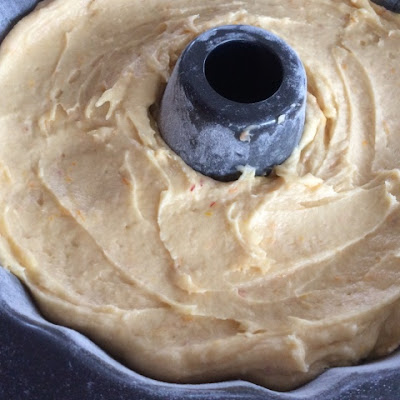 This year it is slightly different as our book, The Perfect Cake from America's Test Kitchen (I'm imagining this is a bit like our Good Housekeeping Institute in the UK)  hasn't been published yet so we cannot actually see the whole book and we are only given access to the choices for that month. Also we have been asked not to share the recipes on the blog... but I can show you pictures! 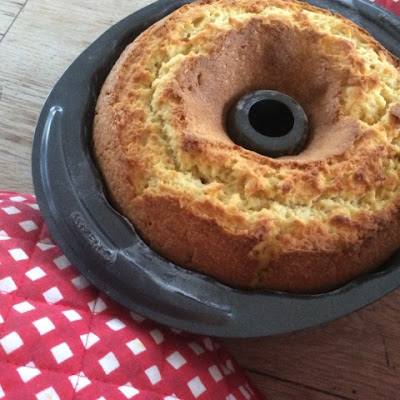 I chose to make a Saffron-Orange Bundt cake. It was easy to put together, no complicated techniques and it baked beautifully at the temperature indicated and for the stated time... something that never happened with our last book. It also smelled wonderful as it baked. I think my only gripe was that as with all American books the ingredients are measured in cups and sticks... really... who on earth decided on sticks of butter as a unit of measurement! I dug out my American measuring cups and reweighed everything into grams so I had a recipe I was happy to work with. 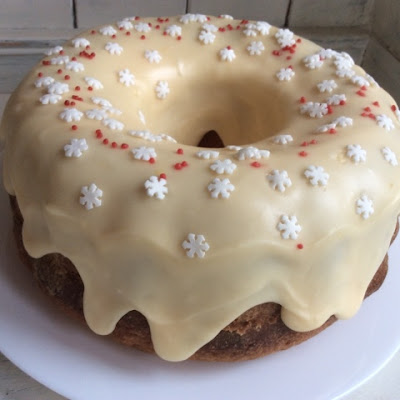 I don't think I'm giving too much away if I say there was one unsusal ingredient that I have never added to a cake before and that was turmeric. It was a tiny amount and I can only imagine it was there to enhance the golden colour of the cake as any contribution to the flavour would be minimal. There was however a whole teaspoon of saffron which could make it an expensive cake, but I still have a pot that Joe brought me back from Morocco. 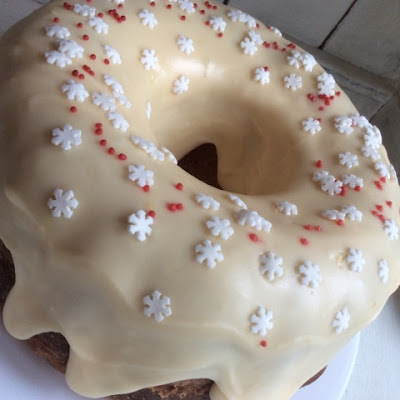 The icing was described as a glaze but for me a glaze is something that lightly coats a surface as with a lemon drizzle cake but this was a thick glace icing. This is not a complaint just an observation as it was delicious and added just the right amount of sweetness. 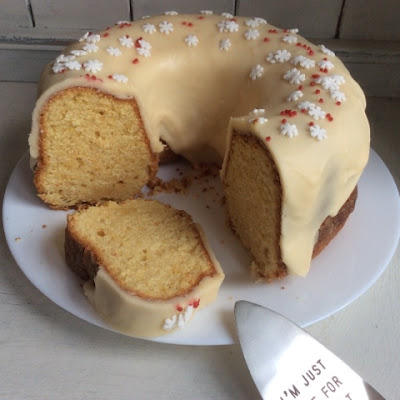 And the cake? Well it was lovely even if I say so myself... delicately flavoured with just the right amount of orange and saffron, it had a dense even crumb a little bit like a Madiera cake. I was worried it might be a little dry but it was perfectly moist and very well received by everyone last weekend. We happened to have Stewart's son James and his wife Elizabeth staying with us for a couple of days en route from Australia before they started the next stage of their adventure in Cape Town and as it was James's birthday on Monday it was a good excuse for a cake. 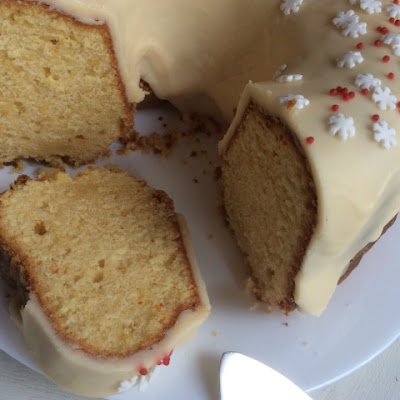 You can see what the other bakers have made by following the link: