Yes, I am still here... both virtually in this little online space and physically in our house still waiting to move.

I enjoy writing this blog and if there are a few of you out there enjoying it too then it makes it worthwhile. Especially if I can read and comment on your blogs too, should you happen to write one. The interaction with others makes it feel like a conversation. But it has become increasingly more difficult to leave comments on some of my favourite blogs. There have been times when I have typed out a comment three or four times but each time I hit the publish button, the comment disappears... which is so frustrating! And I know others are having the same problem so it does feel like being in an isolated bubble. So just saying I am reading, I'm still here ... and I would comment if I could!

We're still here waiting to move too. It was meant to be this Friday but contracts haven't been exchanged and so it looks like completion date will be pushed back once again to next week... or later possibly... possibly not. After what feels like months of clearing out we have got rid of furniture and possessions so we are now living with empty rooms and boxes, which is very unsettling.

But we are trying to carry on as normal as best as we can. I'm doing lots of reading but I'm finding it increasingly difficult to concentrate and stay focused when I read, although to be fair those late night ten minutes before nodding off are probably not the ideal time for retaining information. I frequently have to reread what I've already read! 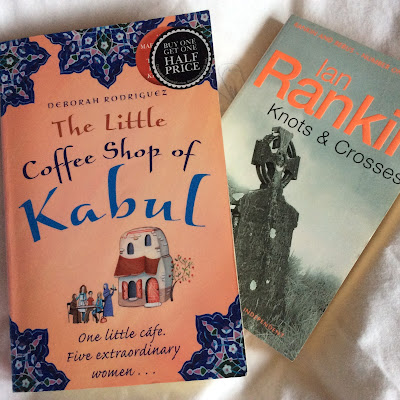 The were a couple of books for our reading group lately that I didn't really enjoy. Sweet Tooth by Ian McEwen is a spy story set in 1972. The female voice of the narrator, Serena just never rang true for me, which actually made sense by the end of the book so may have been a very cleverly written ploy. (Trying not to give a spoiler here) But there seemed little point revealing something clever at the end if it didn't resonate all the way through. Our latest Reading group book was Everything Under by Daisy Johnson, a retelling of the Oedipus story which I just found too weird and complicated. I didn't even get the Oedipus connection! It did lead to a really good discussion though  and the group were strongly divided in our opinions.

I picked up The Little Coffee Shop of Kabul in our phone box lending library. I thought it would be a light easy read, which I suppose it was but it felt like it had pretensions to be something more. It tackled heavy subjects such as the Taliban and the role of women in Afghanistan but I felt the story was too lightweight to carry them off. And then I picked up the first Rebus story by Ian Rankin... surely Ian Rankin could take me away from my busy head but I didn't particularly enjoy that either. Rebus is a bit too morose and dour for me, although I'm willing to give him another chance, which is just as well as I think I may have packed another half dozen or so Rebus novels.  I was despairing of picking up a book that I would enjoy, ever again... until I found this. Conversations with Friends by Sally Rooney. I found the writing intelligent and concise as it builds the story of Frances and Bobbi, students who have been friends since school. It's about flawed characters and complicated relationships and I found it refreshingly different to what I had been reading. 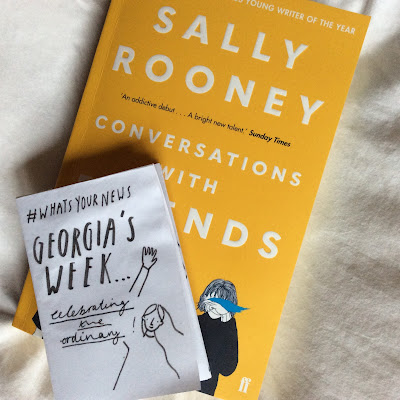 I actually bought this in a bookshop, rather than on-line or picking it up in the phone box and had a pleasant surprise. Inside someone had tucked a little folded homemade book. With a bit of research I found it was the work of some Anglia Ruskin students who claim to be "celebrating the ordinary" by posting these little newspapers around Cambridge. 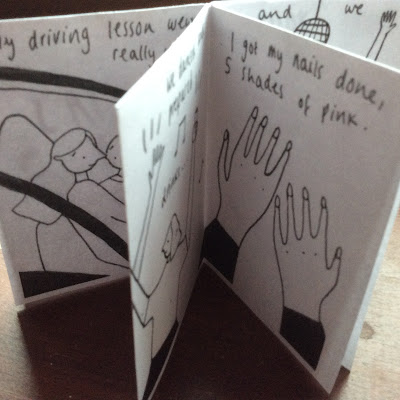 A fun thing to do that brought a smile to my face! 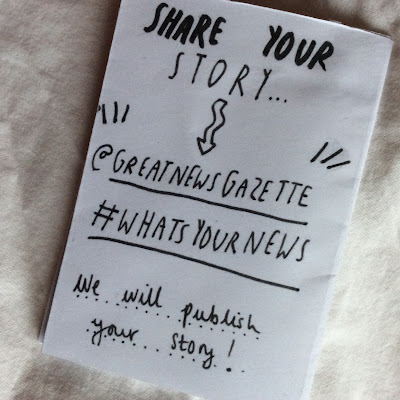 There are more books piled up at the side of my bed. I'd like to think we will have moved before I get through these but at the rate we're going it seems unlikely. 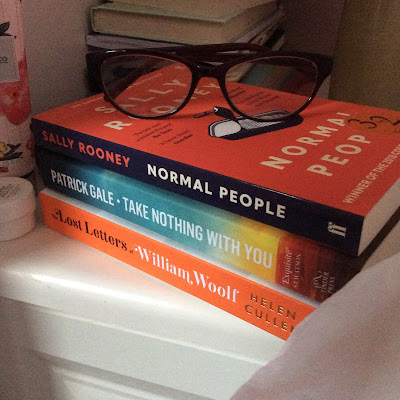 Meanwhile we are trying to carry on as normally as possible and on the plus side every nook and cranny of this house is getting sorted out and cleared... nothing is safe! That includes the food cupboards too. Baking has involved using up store cupboard ingredients... goodness knows how long the tin of pineapple had been there but as it was just about in date it got put into these tropical fruit muffins along with a packet of coconut. 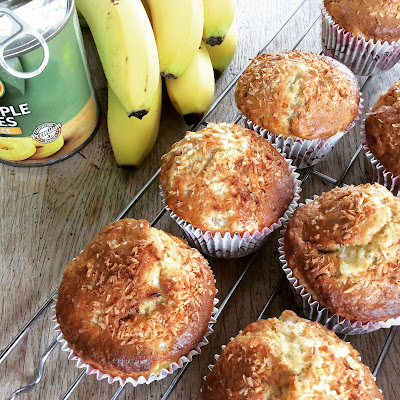 The six egg whites I found in the freezer were used to make blueberry friands. I have no idea what the yolks were used for but the freezer is now empty and the cupboards are bare so I hope we move soon! 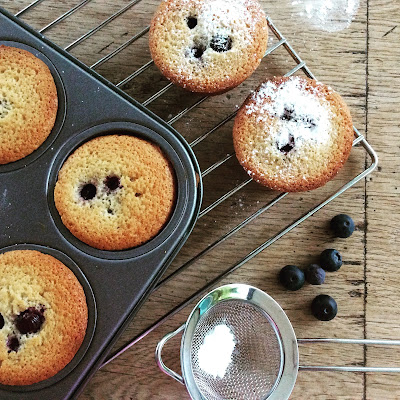 Wishing you a happy bank holiday weekend here in the UK. I hope by the next time I write something it won't be from here but will be from somewhere else... but I'm not holding my breath! I'm now going to read some blogs... and apologise now for not leaving a comment!
Posted by Gina at 11:20 19 comments: