After spending the best part of the day in Cambridge on Monday, I whizzed into London last night for a rather special concert. My eldest son Ben was playing at an end of year concert at Morley College where he has been studying Jazz piano. Ben started to learn piano at the age 5. When he was about 8 we moved and had to find a new teacher. We arranged for a first lesson and as we approached the front door we could hear the sound of Honky Tonk piano wafting into the corridor. When we went in and spoke to the teacher, who was all prepared to carry on teaching classical grades, Ben just refused saying he wanted to learn to play the music we had just heard. 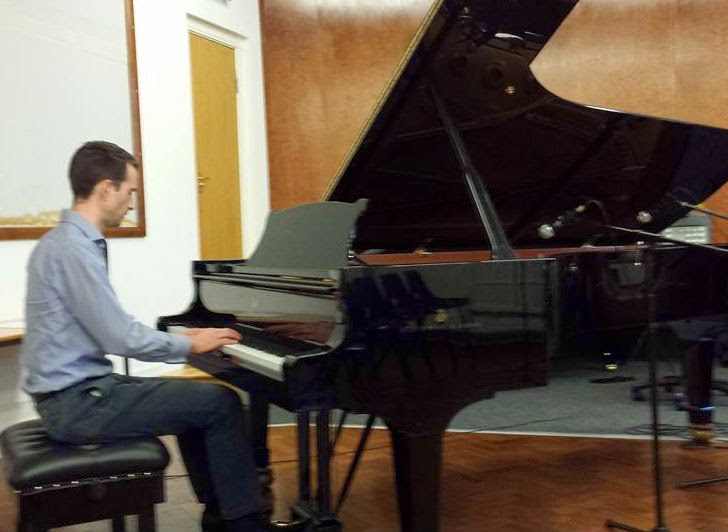 Ever since then he has played honky tonk, stride, swing and jazz. As a little boy he hated to perform, so it was wonderful last night to listen to this confident young man perform and play so well on a fabulous Steinway Grand accompanied by drums and double bass. I'm biased I know but he was brilliant... as were the rest of the class. I just wish I'd thought to record him but I was entranced!
But now I really must stay home and finish my Open Studios preparation. I was at my sewing machine at 6.30 am this morning in order to finish this last canvas... 6 hours later it is hanging on the wall. 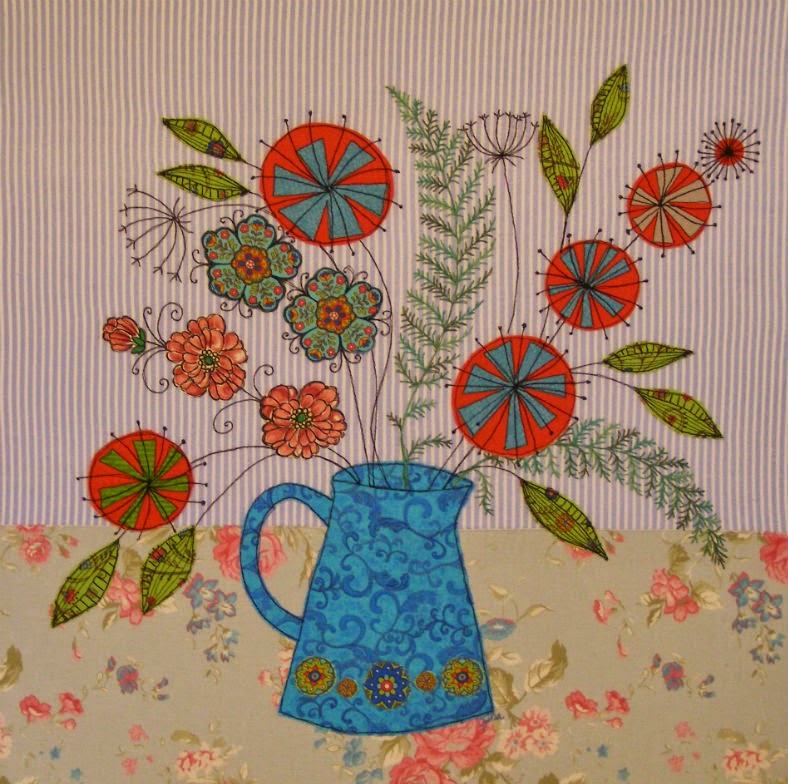 I've had it in mind for quite some time to make a bigger version of these appliqued and free machined canvases... so this is it... 50 cm square. It seemed so big when I was stitching it but it doesn't look big on the wall! 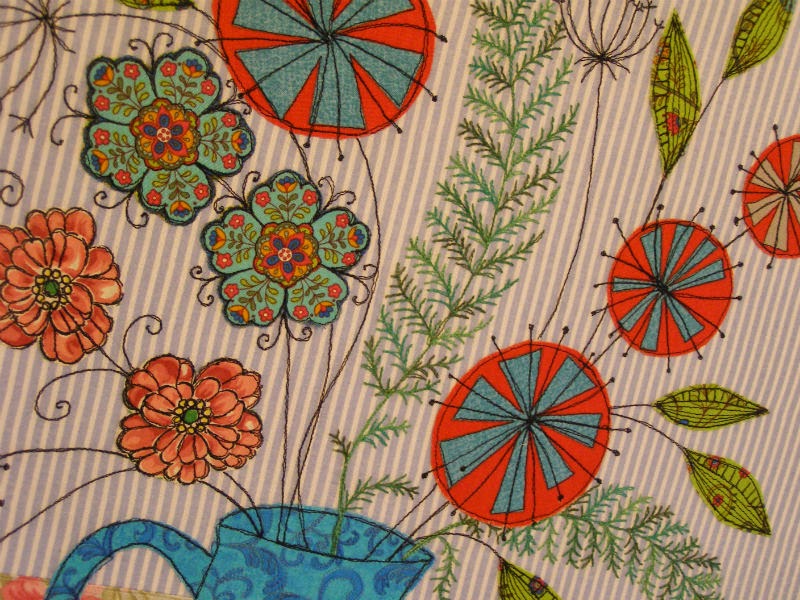 And now I really must clear up, hang all the other pictures, make labels and price everything, otherwise I'll never be ready by Saturday morning... 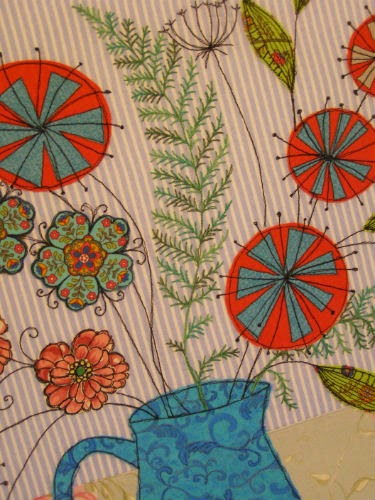 But you know what it's like... I keep thinking "What if I just make one more of these, or a couple more of those..." The less time I have left, the more ideas I seem to have. Perhaps I should just write them down and start making for next year!