I had a mad moment last week when I wondered if I might do a post every day in December, like I have in the past, a sort of blogging advent calendar. Which had I gone ahead would have meant more blog posts in this one month than I managed the entire rest of the year... but I came to my senses in time! I'm not sure what it is about December that makes me think I can do ALL the things as I go into a frenzy of making gifts, handcrafting decorations, baking, pickling and preserving and more. I turn into a crazy crafting woman who could give Kirsty Allsop a run for her money!

During an afternoon set aside for clearing up my studio, I found a bag of pebbles that had been knocking around for years. There has been a bit of a thing in our village (and in other places too I believe) for painting pebbles and hiding them for children (and adults) to find. The idea is that they get photographed, the picture is posted on a special Facebook page called 'Guilden Rocks' and then pebble gets hidden again for someone else to find. I thought it would be fun to paint my pebbles and hide them... needless to say the studio didn't get cleared that day! 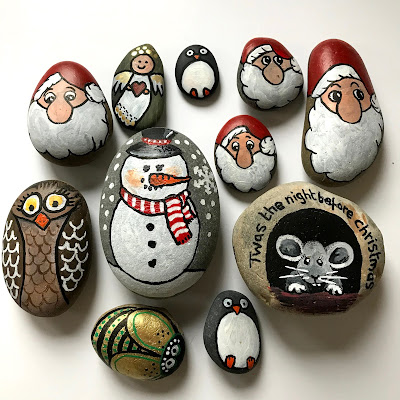 I've also been making some origami stars to go on the front of some Christmas cards... I was inspired after reading some of those other advent posts from my past. This one here should you fancy giving them a try. I seem to remember threading them onto invisible thread and hanging them up as decorations too. 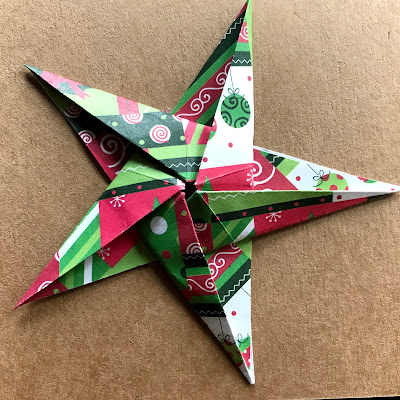 But they look quite cute on the front of cards! 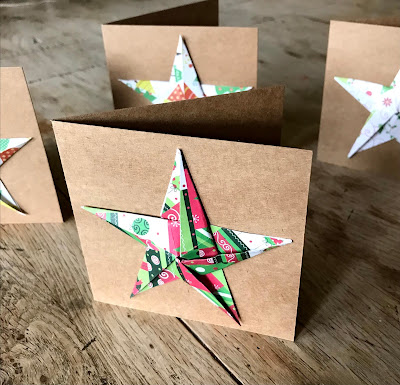 I also made some of these cute little tags after watching a fabulous free tutorial by Laura Kemshall. Given my usual aversion to anything patchwork related these were strangely addictive and I ended up making a dozen or so to go on the front of more cards. 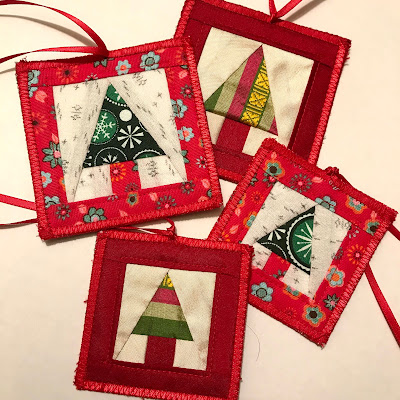 Or in some cases to decorate parcels. The observant among you may also have noticed there were mince pies made too. You can find my recipe for almond topped pies here... regular pastry just doesn't come close. 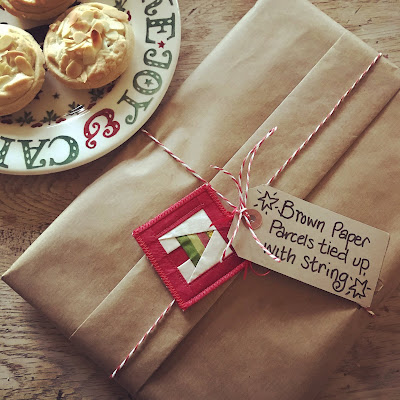 As if that wasn't enough I've also crocheted these Christmas trees which came in kit form from Cotton Pod. It was the most beautifully packaged kit I have ever received and felt just like I was sending myself a gift. It was almost a shame to unwrap it all to make the trees but I'm glad I did because as yet they are the only decorations up so far... and they look rather jolly on the mantlepiece. 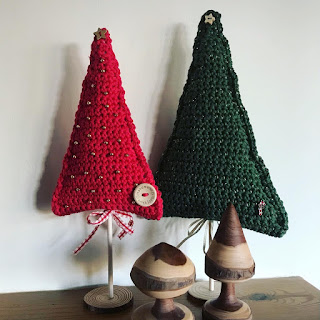 I may not be doing a blogging advent calendar but the real one I made for our eldest grandson has gone down a treat. We get daily photos as he takes the latest ornament from its pocket and hangs it on his tree. The joy is infectious! 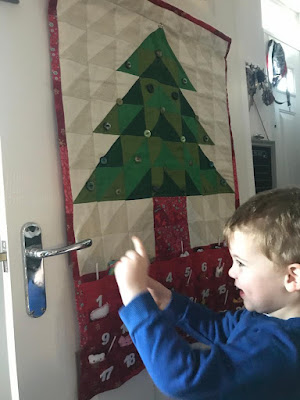 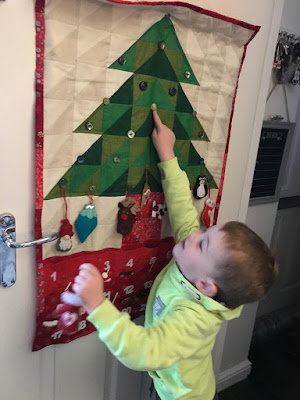 And as final note, which really has nothing to do with what I've already written about (I tried to think of an elegant segue but failed), I thought I should mention the second episode of my podcast with Izzy Moore is out tomorrow at 10 am GMT and we will be talking about some of our favourite textile and art books... as well as about painting pebbles and Christmas cakes! (Yes, I have made my Christmas cake too... I knew I could link it to making stuff somehow!) 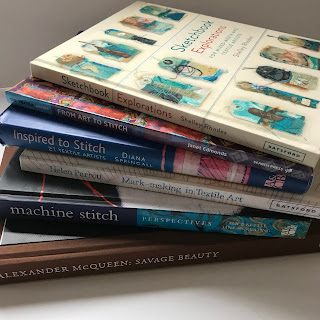 Izzy and Gina... in stitches is available on all the usual podcast listening platforms. Have you listened to the first episode yet?
Posted by Gina at 20:47