Today is Mothering Sunday in the UK and although sons have arrived this afternoon to cook the evening meal, their repertoire does not extend to puddings. And as I like nothing better than baking a cake or making a pudding that is how I am spending a large part of today. Win, win all round really! I thought it would be a good opportunity to make my next bake for the Cake Slice Bakers but of course I can't reveal that until 20th of this month. However it did remind me that a week or so ago I made a second cake from the February choices... A coffee cream sponge. And it was far too good not to share. 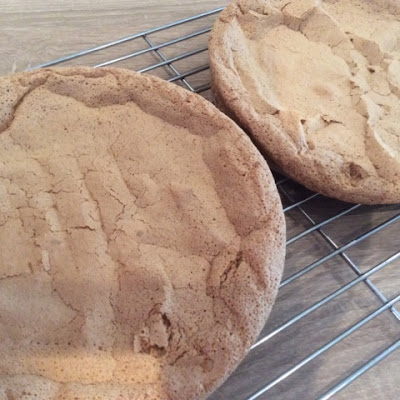 This is a delicious light, delicate cake that I feel definitely falls into the dessert camp. It would make a wonderful addition to any party. It consists of two coffee flavoured fat free sponges that have almost a meringue consistency. Despite looking delicate they are quite robust and can be made ahead of time and frozen. These are then layered and covered with coffee flavoured whipped cream. I promised you delicious... Not calorie free! 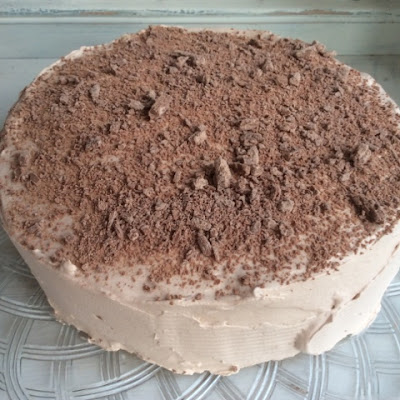 If I hadn't been pushed for time I might have done some fancy piping or decoration but instead I sprinkled some crushed Flake chocolate over the top of the cake. It worked! And unusually for me I pretty much stuck to the recipe... which I can recommend you trying. 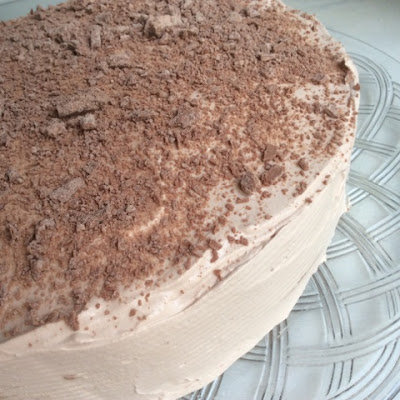 Ingredients:
Method
When the cakes are cool layer and cover with coffee whipped cream: 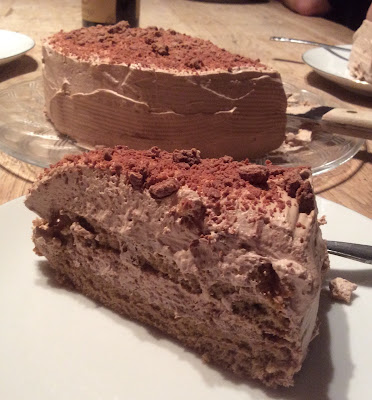 Now if you excuse me I've got today's cake/dessert to see to if I can get anywhere near my kitchen which currently looks like a disaster zone. Do you think cooking a mother's day meal involves clearing up afterwards? I hope so!