Well hello... Yet again I've been gone a while being busy with other things but it has been a good week. The sun has shone, I've dried washing outside, planted up some pots with primroses, been for walks... But best of all I have finished my big commission which feels like it has been hanging over me for weeks... Literally... it is a very large wall hanging!

Back at the end of November, I met with some of the residents of Edward House, a residential home in Cambridge. The ladies, whose ages ranged from 87 to 101 chatted to me about their memories and my brief was to convert them into a wall hanging. It was very exciting! 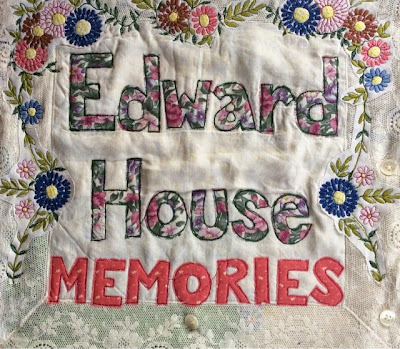 I knew I wanted it to be a type of quilt with a lot of text... I was inspired by Tracey Emin's blankets.... But without the profanities! I decided to use old table cloths as my background and started with a memory from Bernice, who at 101 remembered her Dad giving her 2d to clean his boots when she was a girl. 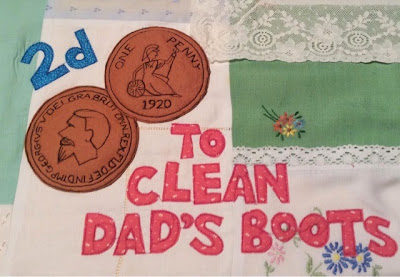 Several of the women remembered having to wear Liberty bodices... Some with suspenders attached to hold up their woollen stockings. 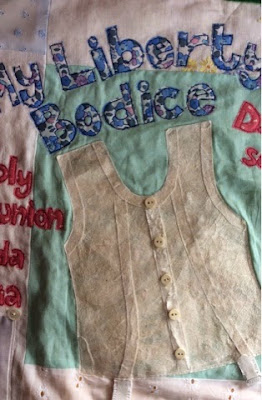 We spoke about playground games, shopping, washing, rationing.... So much that it was a problem knowing what to include and what to leave out. 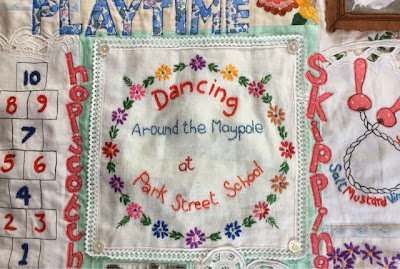 But it has taken so much longer than I anticipated and over the past couple of months I've come to really dislike it. I'm not sure why really.. it's not my usual colour palette nor really my style. Also because it is mostly linen it looks awfully creased and crumpled... although it's not nearly as bad as it looks in the photos! Everytime I thought it might be nice to spend some time in the garden or read a magazine or something similar, I've had to stop and think no, better spend another hour or so on the quilt. It has taken hours and hours, so instead of feeling like a pleasure it has become a chore. 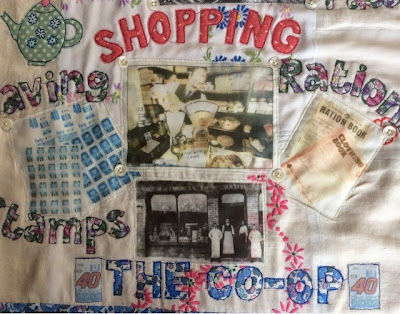 I kept thinking that if I had the time and money I would have liked to have started all over again... although I'm not sure what I would have done instead! 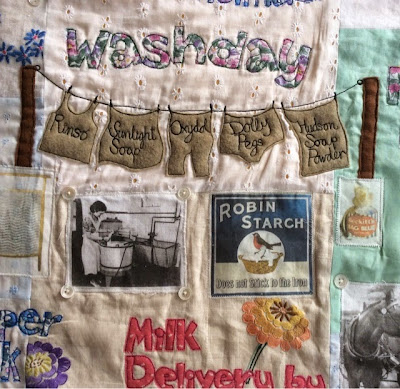 But on Tuesday I finally finished it and this afternoon with anticipation and a certain amount of anxiety and dread, I delivered it to Edward House... I was convinced they wouldn't like it either. 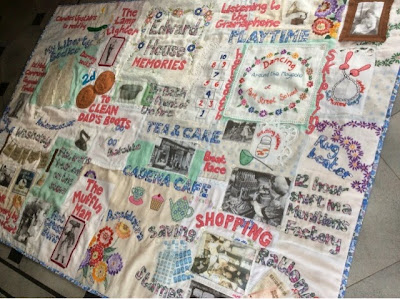 But the staff and ladies absolutely loved it... they loved the colours and the details and I got a spontaneous round of applause! I still don't like it but it was huge relief to hear their excitement. Especially hearing the ladies as they were reading out parts that they remembered. And Bernice was especially excited to see it today as it was her 102nd birthday! 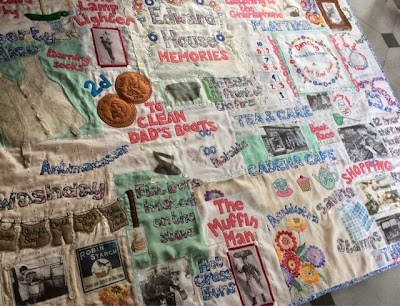 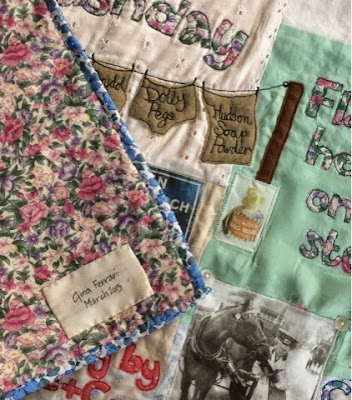 Although not until after this weekend... I'm off teaching at Missenden Abbey again tomorrow. Bad planning to be teaching over the weekend on Mother's Day but never mind. Hope you have a lovely weekend... And if you are a Mum, hope you get thoroughly spoiled.
Posted by Gina at 21:36