About a month ago I posted about Inspiration and Excitement. I was fired up and ready to go and made a start with these little chaps... 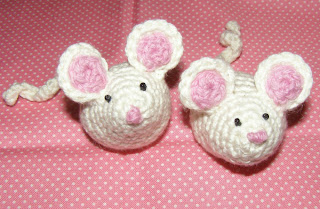 and teased you with this... 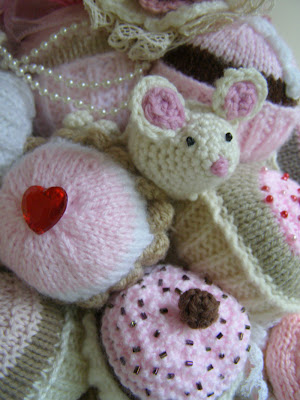 Some of you recognised some of the cakes... and some even guessed what I was up to. But I suppose I should explain for those of you who haven't been reading since last year... or perhaps for those of you who have been reading and haven't been paying attention... or are not really interested... or perhaps have just forgotten... or just don't care? But I'm going to tell you anyway and it all started with this knitted bodice... 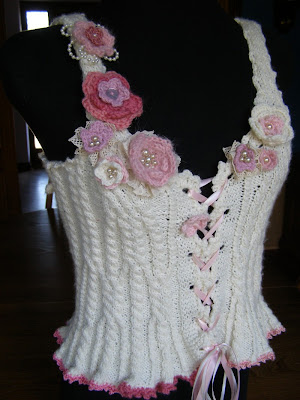 You can read about why this came about here. To start with I thought it would be fun to decorate Marie Antoinette's 'woolly vest' with knitted cakes in tribute to the alleged statement "Let them eat cake"* but it just didn't work. So then I came up with idea that perhaps I could use knitted cakes to re-create the ridiculous hairstyles worn in the Court of Marie Antoinette. I really do worry sometimes where these crazy ideas come from but not long enough to stop me acting on them! 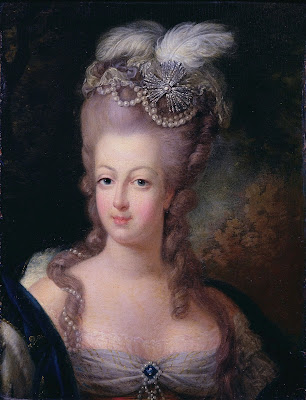 Now it became apparent it would take me forever to knit enough cakes and so of course I enlisted your help. And as ever, you came up trumps. It started as a a bit of a virtual party... which then became a real party... and eventually I ended up with over 90 knitted and crocheted cakes. And since last October I've been procastinating and putting off doing unything with them and they have remained in boxes under the bed in the spare bedroom. Until last month... 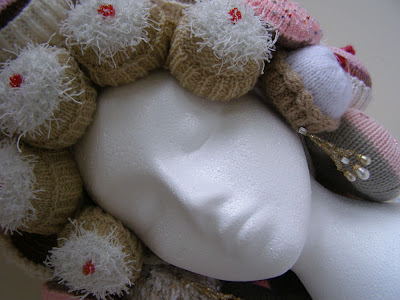 And so finally, here it is... I give you "Let Them Eat Cake"... a wig for Marie-Antoinette... made with your help and support. Thank you! 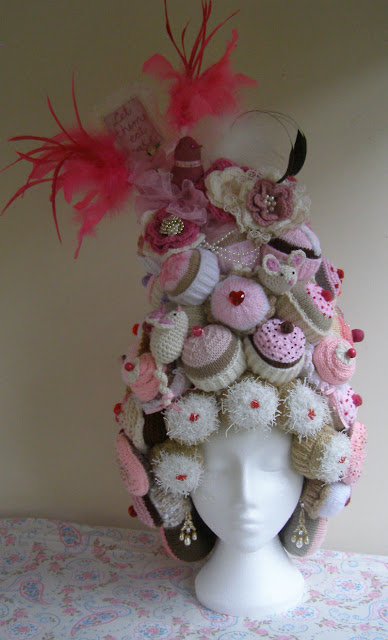 Piled high with all sorts of wonderful cakes. 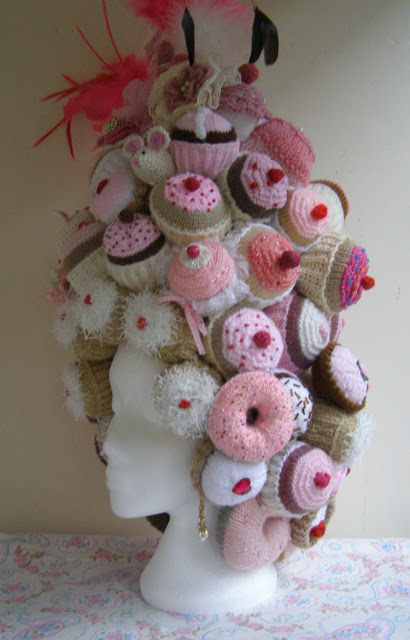 And because in real life these ridiculous hairstyles were often left undisturbed for months and frequently had all manner of vermin living in them... I thought a couple of mice... 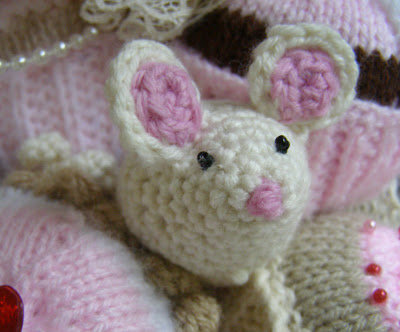 and a nesting bird would add to the effect 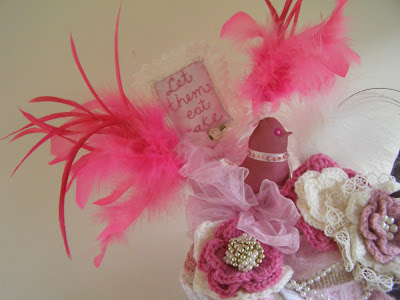 Now... don't laugh... but it is not only a slightly crazy art installation... but quite practical too... 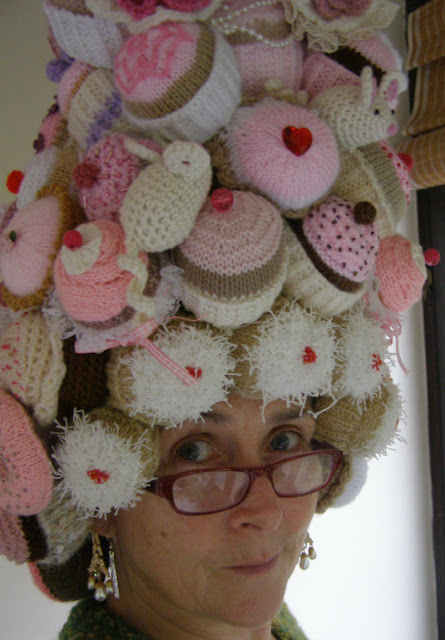 if you want to make a complete twit of yourself that is... I said don't laugh! 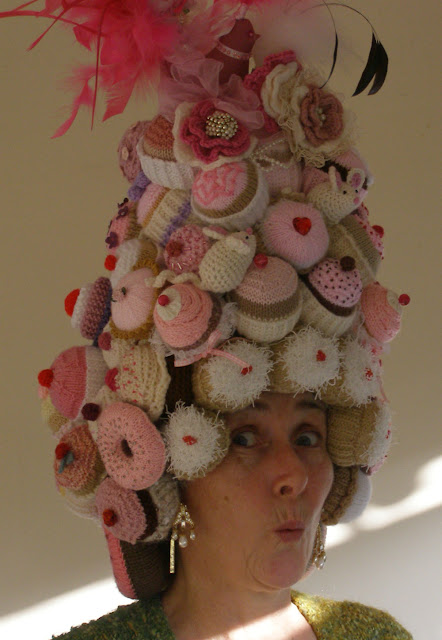 Shame they're not real... could pick one off if you felt peckish! 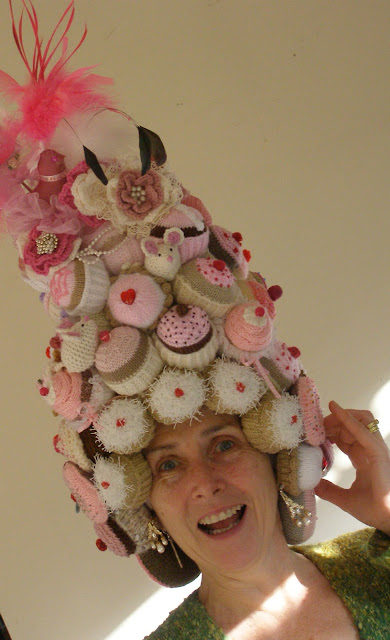 Not entirely sure what I'll do with it now... as it won't fit back in the box under the spare bed... but I've got one or two ideas... watch this space! 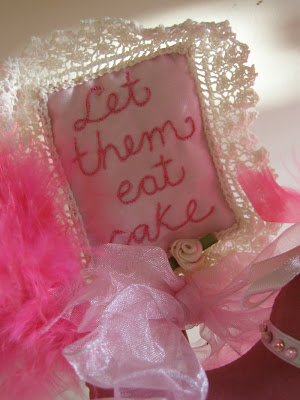 * "Let Them Eat Cake" is most likely to have been the result of journalistic cliche and never came from the lips of Marie Antoinette.
﻿
Posted by Gina at 17:54