Despite all the baking, making and Christmas prep there has also been a lot of reading going on of late... often in the early hours as sleep has been elusive recently. Although I should probably point out that what follows is a couple of months reading not just the past couple of weeks. 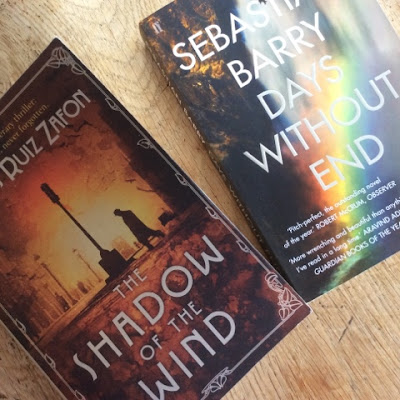 The two most recent book club reads were Days Without End, by Sebastian Barry, which I did not enjoy and Shadow of the Wind by Carlos Ruiz Zafon which I loved. I could see why Days Without End was well rated, the language was quite poetic at times and there were whole sections that were beautiful to read but I didn't feel I knew the characters and there were long, tedious descriptions of the American Indian and Civil wars that just didn't engage me. It felt like the book without end! But it was not a view shared by the rest of the book club who mostly enjoyed it. Shadow of The Wind however, I found to be an intriguing and compelling read. It's atmospheric setting of post civil war Barcelona, its engaging characters and search for truth pulled me in right to the end. 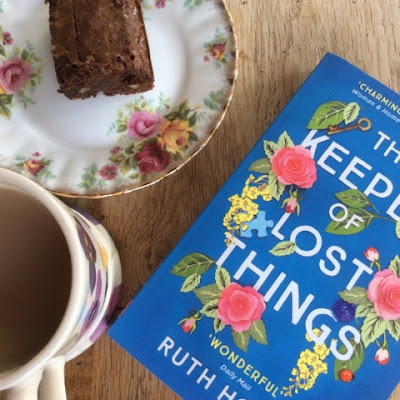 Wanting something light to read after those two, I chose The Keeper of Lost Things by Ruth Hogan, recommended to me by my sister-in-law. It was a bit of a far fetched story, rather too obviously sentimental and predictable for my liking, but having said that it was a quick and entertaining read. 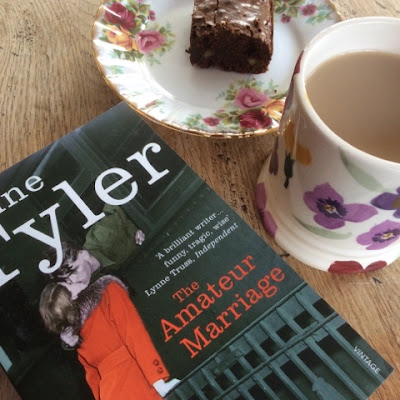 Next I read The Amateur Marriage by Anne Tyler, which I won in a givewaway from Love Those Cupcakes. This one I really enjoyed - no great intriguing plot but beautifully observed characters carefully crafted observation of human behaviour and misunderstandings as it traces the story of a family and a marriage over three generations. It was a delight, so thank you for sending this my way Liz. 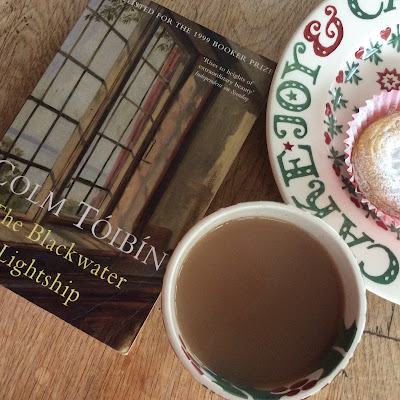 Another delight was The Blackwater Lightship from Colm Toibin. It tells of three generations of a broken family who gather together as their grandson, son and brother faces death from Aids. A painful read at times but so beautifully written and with such wonderfully drawn characters I couldn't put it down. Maybe that's why I don't sleep! 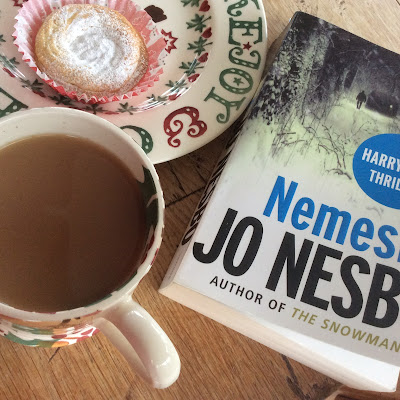 After such an intense book I wanted something less taxing for my brain so picked up a Jo Nesbo from the charity shop. Nemesis is a page turning thriller and I like the character Harry Hole (It was also  Liz that introduced me to the charms or not as the case may be, of Harry Hole) but I'm about 80 pages from the end and it is starting to lose me. Too many plot twists and I think I've worked out "who dunnit". It reminds me why I only occasionally read thrillers, although I quite enjoy them when I do.

There are still plenty more unread books piled up beside my bed so I'm looking forward to plenty more reading time over the holidays. What will you be reading this Christmas?
Posted by Gina at 08:00