Things are not going according to plan.
My washing mashine has broken and there is no engineer available until 31st December... I'm not happy! I'd just stripped all the bed linen ready for the extra bodies sleeping here over the holidays... not to mention the towels that were used to soak up all the leaking water that are now sitting grubby and soggy in the sink. 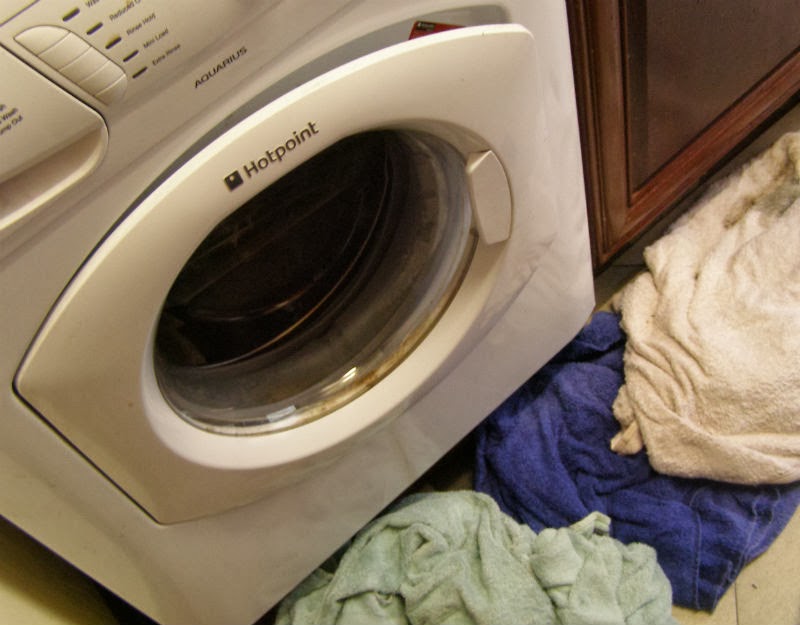 I guess I shouldn't be surprised as we have a bit of a history of appliances breaking the week before Christmas. First there was the year without the dishwasher which was more of an irritation than anything else... and then the year the oven actually exploded in the middle of cooking Christmas lunch (fortunately after the turkey was cooked) when we ended up with pan fried potatoes... not to mention when the boiler broke and we were left with no heating until the second week in January (as well as no washing machine that year either). But as both our microwave and vacuum cleaner gave up the ghost last week I thought we were safe for the rest of this year. Pah... that'll teach me! If you need me I'll be down at the river bank scrubbing sheets on a stone.
Bah Humbug!