Last night I went to a gig... standing room only in the back room of a Cambridge pub along with several 17 and 18 year olds. I'd like to say it made me feel young and trendy... but it didn't. I thought most of the music (for want of a better word) was noisy and tuneless and the singing was more like screaming (apparently that is what all "Nu Metal" sounds like... which shows what I know.) But I did think this band was rather good... 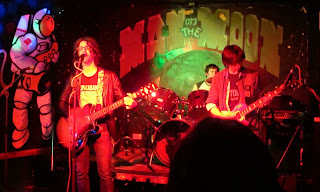 Jacob's first gig with his band "The Restless Beards" 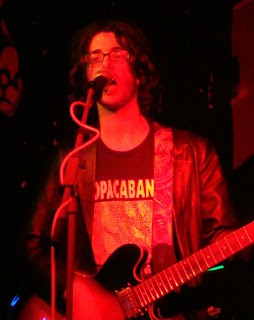 Over thirty years ago I saw David Bowie sing "Jean Genie" and last night I watched Jacob do the same... along with four other songs that they'd written themselves. 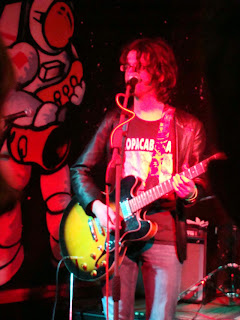 I was impressed! They were good... well done Jacob, Matt and Rory. 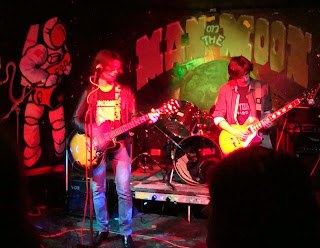 Do you think David Bowie's Mum came to see his first gig?
Posted by Gina at 17:07