It all started last Monday when I left the comfort of my bed at about 4.30 am. I arrived in Weymouth to what looked like a glorious Spring morning... but do not be deceived by the calm of the photo which does not show the gale force winds! The ferry was delayed by two hours as it was too windy to sail and when we finally got going I wished we hadn't... 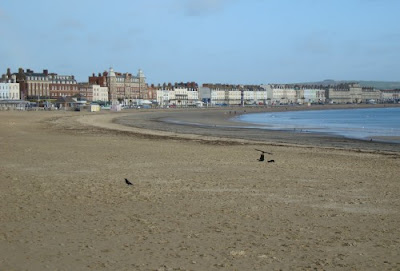 After a most horrendous crossing during which I was re-acquainted with both my breakfast and lunch, we finally arrived in Jersey and the beautiful town of St Aubin. I obviously looked sufficiently ill to be given the most fabulous garden suite which overlooked this harbour. 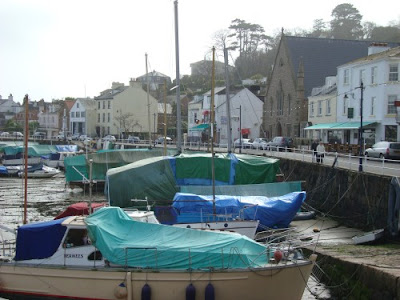 By Tuesday morning we were teaching workshops... four different groups all being taught in the same hall was interesting at times but on the whole worked well. 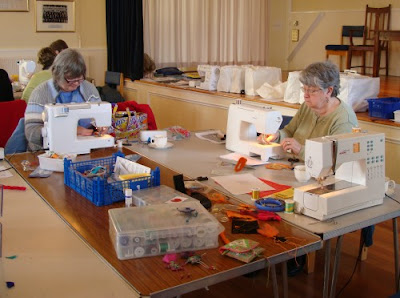 It has been a real pleasure and privilege to be teaching alongside such talented tutors as Ruth Issett, Margaret Beal, Cas Holmes, Jenny Rayment and Paddy Killer and I'm still not sure what I was doing there! 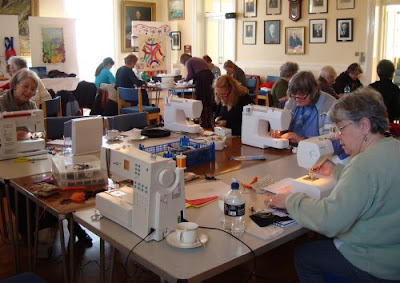 It was hard work but there was a lot of laughter... sometimes totally out of control! I'll post more about the workshops later in the week. 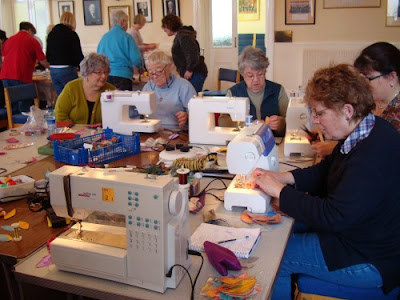 There was also some free time to see a little of the island and after two and half days of consecutive workshops we got to see St Matthew's church which has the most amazing display of glass by Rene Lalique. These four angels are on the altar of the Lady Chapel. 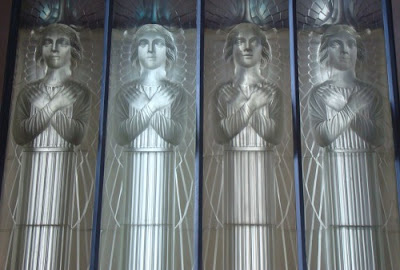 The main cross behind the communion table stands over four metres high and is flanked by two pillars. All three are internally illuminated and decorated with Madonna lilies. 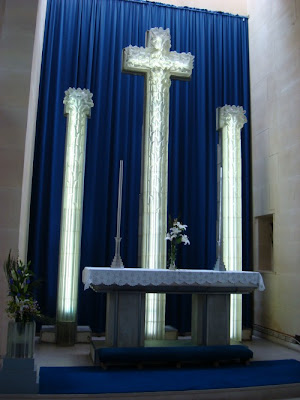 And the font is believed to be the only glass font in the world, with a moulded fluted glass stand and an etched glass bowl. It was quite stunning. 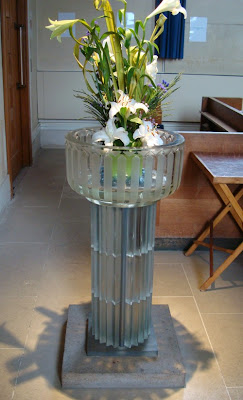 More teaching on Friday followed by a bit more free time meant Ruth and I got to drive up the West Coast which was beautiful. 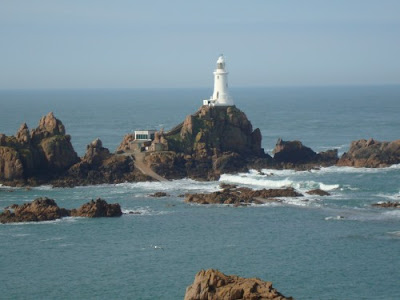 The Corbiere Lighthouse.
And yesterday I had a chance to walk around the most south westerley point of the Island where I saw such delights as this gorgeous Mimosa tree... 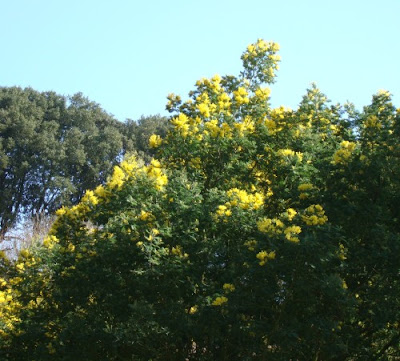 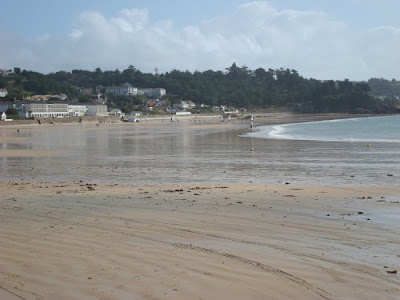 The journey home was far less traumatic than the journey out. Ruth, Paddy and I hired a four berth cabin, which was intimate to say the least and caused much hilarity as we collectively removed our shoes and exposed our "gorgonzola" feet! I managed to end up in the top bunk which was a little precarious and I had visions of being launched off the side, but it was such a wonderful smooth crossing it wasn't a problem... even managed some sleep. We arrived in Portsmouth at about 6.30 am and I was home in time for breakfast and Sunday papers... and a beautifully redecorated bedroom! I'm wilting rapidly now though!
Posted by Gina at 14:17