My first workshop of the week was "Button Babes" and this is Muriel and Vera being very studious and sensible. By the end of the week , after a few more classes and getting to know each other a little better it was a slightly different picture as you will see later! 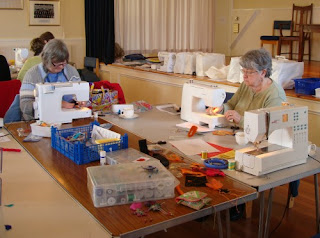 A lot of my photos didn't come out but these are a couple of the finished "Babes". 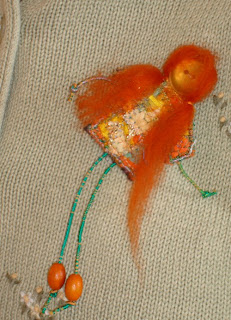 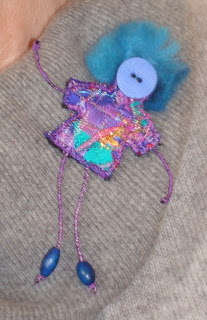 There were some fabulous books made in the "Bonded Books" class which was made interesting as I was being filmed for Channel ITV. The three hour workshop was condensed into a couple of minutes which was aired before the news on the evening of Friday 13th and can be seen here... about 15 minutes into the programme right after the weather! Forgive my excitment but I've never been on telly before! Apart from the presenter calling all free machining "granite stitch" (I didn't tell her that!) it went quite well. Although I have to say she did do some pretty impressive granite stitch considering she hadn't touched a machine in fourteen years! 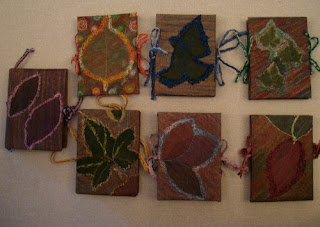 There were some amazing flowers made in the "Tyvek Triffids" class

But the highlight of the week was definitely the Sock Monsters. You might think they were working hard and being sensible.... 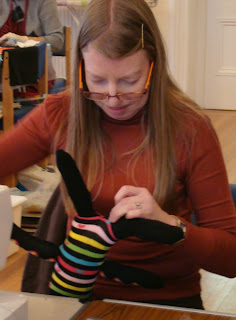 But it wasn't long before the silliness set in! 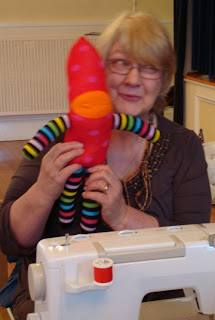 Which ended up as almost mass hysteria mostly because the hole for the stuffing is between the legs! Do I need to say more? This is Vera looking somewhat less serious! Hello Vera, I know you're reading this! 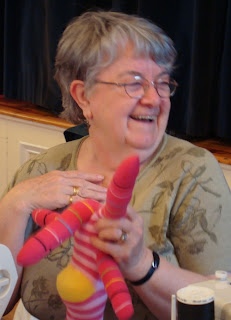 You might think Angela is actually concentrating hard and being sensible but you'll be wrong... 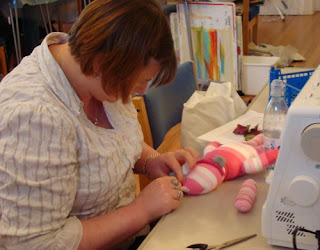 Because amid all the laughter she managed to stitch the ears on where the arms should be and the arms on instead of the ears! I think he looks quite cute (and I'm impressed that he matches your nail polish Angela!) It was a fun class and I haven't laughed so much in ages... thank you ladies! 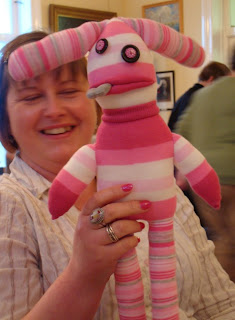 Vera's friend Kathleen was making a sock monster too. Vera and Kathleen often make stitched items for charity stalls and Vera was telling me how Kathleen always pins and tacks everything and finishes off her stitches by sewing the ends in by hand, because she was taught properly. So imagine Kathleen's horror when I demonstrated stitching up the socks by holding the edges together with no pins or anything and finished off with a bit of reverse stitching! We were laughing that Kathleen would have to be slapdash and not proper... and so my demo sock monster became "Kathy Slapdash" and here she is... 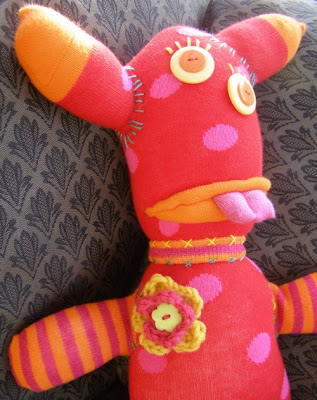 I might even get her in my sadly neglected Etsy shop this week... well that's the intention anyway, although it's back to work for me tomorrow so it might have to wait!
Posted by Gina at 17:37