I don't think I'm going to write at length about the current situation sweeping our country and the world. We are all in the same boat, with the same problems to face and everyone going on about it doesn't help anxiety levels. It's going to be tough but I believe we will get through it and hopefully come out of it a kinder and more caring society. Of course it will also bring out the worst in some people but let's hope they are the minority. I'm not used to having so much time on my hands though. I'm not working from home because all my work has been cancelled for the foreseeable future - no talks, no classes. I've starting investigating how to produce teaching material online but it's all new to me so it's a steep learning curve... but at least I have plenty of time to learn. 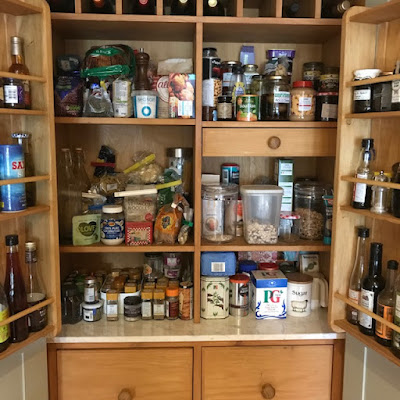 Yesterday we cleaned the house, I did two loads of laundry (which dried outside... yah!), washed the windows outside, which were very dirty after recent storms and then decided to clean and sort out our larder cupboard. We don't have a lot of space for storage so I probably have potential to rummage up four or five unplanned meals at the most, Ready Steady Cook style! Most of the contents are spices, vinegars and jams... so many pots of jam! No hoarding going on here (apart from the jam of course, although it is mostly homemade), but at least I can see what we've got.

All that was done and it was still only lunchtime so in the afternoon we decided to take advantage of the fine weather and go for a long walk around the villages. It was quite cold and blustery, but lovely to be outside. There were more people than usual out walking but still not that many and all at a distance! 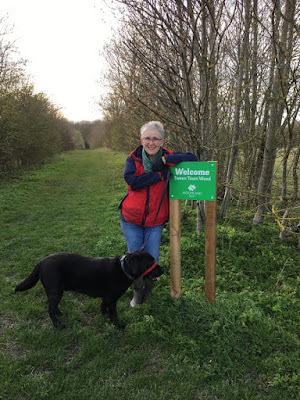 There were lots of signs of spring arriving which was a cheering sight. Mother Nature carries on regardless. 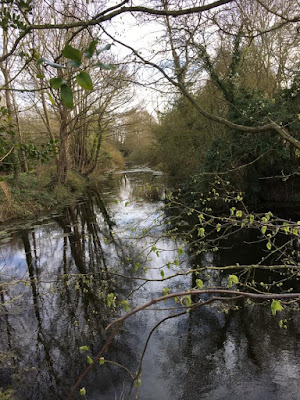 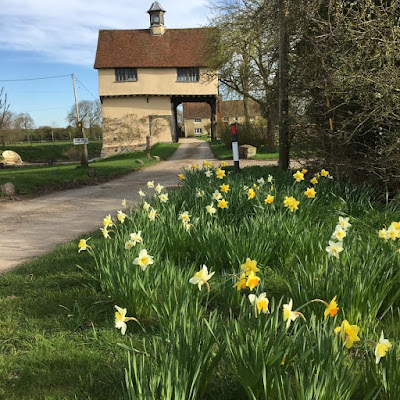 It was Hector's fourth birthday so an extra long walk was a treat for him too! 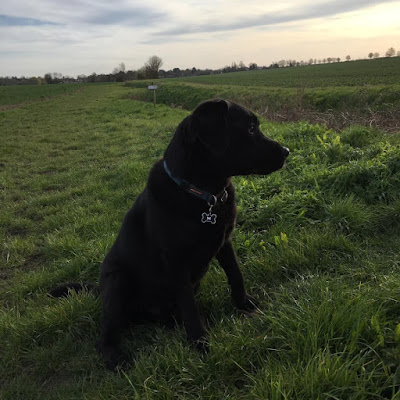 I've also managed to set up my new website in the past few weeks, which I'm really pleased about. It's very simple but I do quite like it. You can find me here if you want to take a look

Plans to sell my art are now on hold however! 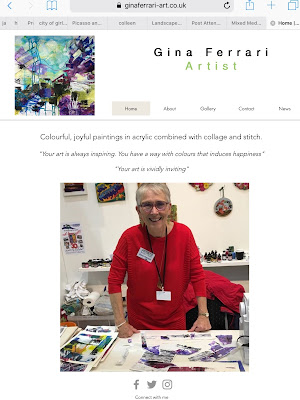 This is my most recent painting... I found a tiny rough sketch in one of my sketchbooks and based it on that. I like it enough for the moment but it may get changed or painted over. I've only a limited number of canvases to keep me going over the next few months! 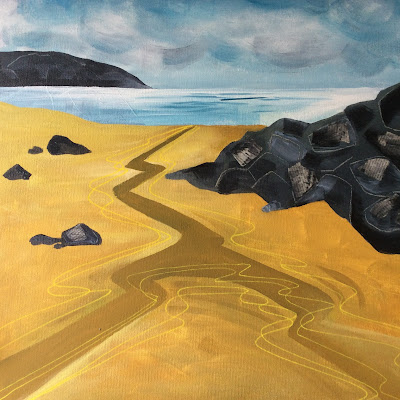 So that's what I've been up to this week... staying at home, pottering in the garden, making lots more phone calls than usual and sending more messages. It's going to be our new normal!
Posted by Gina at 10:13