About a year ago I joined in with Penny's Cookery Calendar Challenge to use the cook books we all have sitting on our shelves but never use, because I have so many cookbooks that it is a bit of an obsession! I think I did it for one month and then got sidelined by cakes and a broken ankle... Not necessarily in that order. But one year on I decided to join in again and during March I picked a couple of new dishes from Sirocco by Sabrina Ghayour, a book I've had for about a year as it was free with a Good Food magazine subscription, but which so far I've only ever used for the recipe for some date and cinnamon scones... Which were pretty amazing since you ask! 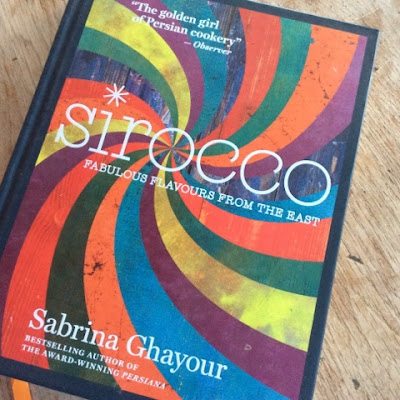 The first recipe I chose was for an aubergine and tomato stew. 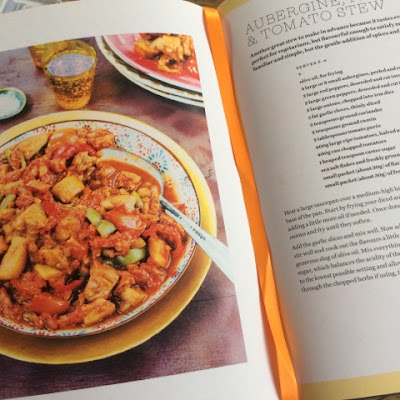 I didn't have a green pepper so used a red one instead (which I prefer... does anyone really like green peppers?) but I don't think it made that much difference to the outcome. Basically it was just a ratatouille without the courgette but with some added eastern spices... nice enough but nothing extraordinary. I served it with some bulgar wheat and a crumbling of feta cheese for some protein and it made a good weekday supper. 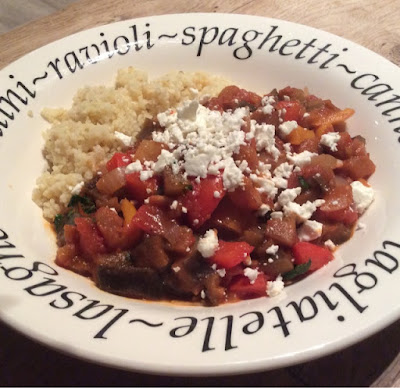 My second choice was far more of a special dish - a chickpea, butternut squash, preserved lemon and harissa tagine. The title pretty much lists most of the main ingredients! 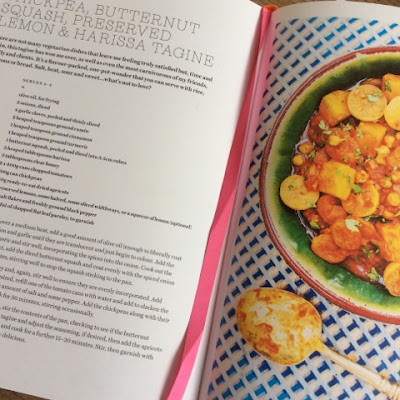 I love butternut squash and this made a fabulous dish, full of interesting flavours that went down very well when my vegetarian son and his girlfriend came round for supper. Served with some warm garlicky flatbread and accompanied with a good red wine this made an excellent meal with the added bonus of plenty of leftovers for another supper for us later in the week. 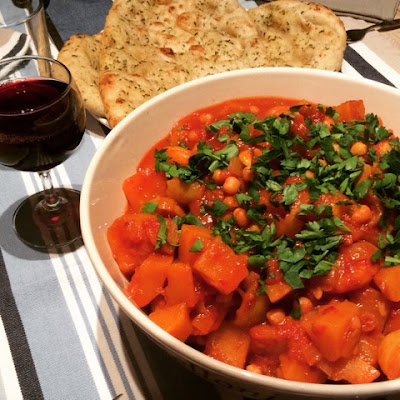 And then I got carried away and decided to try a third recipe, this time for some goats' cheese and za'atar puffs... really an excuse to use up a packet of puff pastry that had been lurking in the freezer for ages. 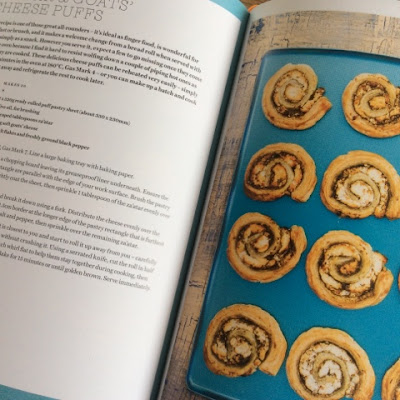 I took these to a gathering of friends where they went down very well so I'll definitely make them again, especially as they were very quick and easy to put together. 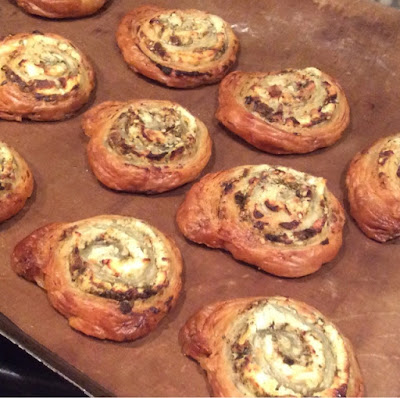 And if that wasn't enough I also made some caramelised braised fennel with coriander and orange, because I'm loving all things with fennel at the moment. I did take a photo of these but they didn't look very attractive so you'll have to take my word for it that they were very tasty. The recipe says to grill the fennel but I stuck it in the oven with the salmon I was cooking and I think it could have done with a bit longer as it was a tad chewy... but it didn't really spoil it. 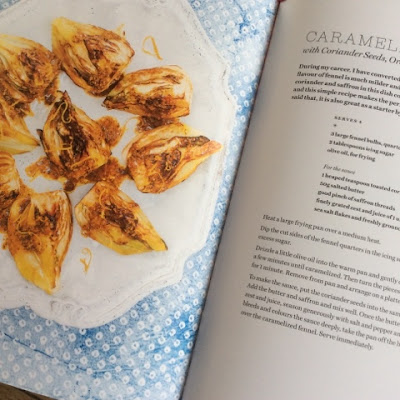 So my verdict for this book... I enjoyed all the recipes and would happily make them again but I can't help feeling that it is trying a little too hard to emulate the style of Yotam Ottolenghi, but not quite managing it. But there again, Ottolenghi does set the bar rather high so on that note I thought I'd pick one of his cookbooks for April... Plenty. I do use this book occasionally and have a few favourite recipes but there are so many more to try so I'm looking forward to cooking from this throughout the month. 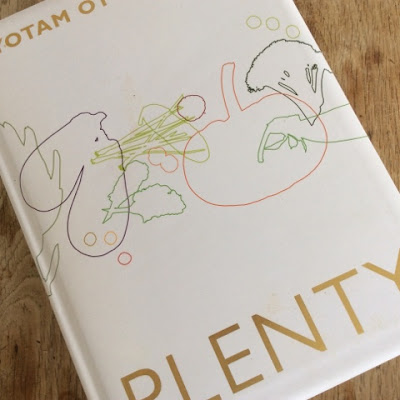