How are you all? Still staying safe I hope. Despite the endless confusing information and bending of rules here in the UK (which makes me very angry but I'm not going there) we are pretty much living our lives much the same as the past ten weeks. We're staying at home, going out for walks but keeping our distance and supermarket shopping when necessary but that's about it. We have had one or two meetings with family members over the past couple of weeks which has been wonderful seeing them after so long, but still outside and at a distance. I needed some sandpaper during the week so actually ventured out to the DIY store but on seeing the queue outside I decided I didn't need it that urgently so turned around and came back home. I have no desire to rush back to pubs and restaurants or anywhere that people are gathering. It all feels so unnecessary. The jury is still out about getting my hair cut... Stewart did seem rather alarmed when I suggested I could shave my head!

So now that the demand for scrubs has pretty much stopped and I have used up my supply of mask making elastic I'm looking at other ways to stay busy besides painting all day. I've had a couple of moderately successful sough dough loaves from my starter, which I named Vincent Van Dough, which isn't looking very lively in this photo... but it has only just been fed and returned to the fridge. But then in the heat of last week I decided I couldn't endure another summer living with the Aga turned on. I was literally wilting in the heat and seemed to have a constant headache. So we bought a portable two ring hob and the Aga went off. The kitchen is so much more comfortable and our electricity bill has dropped by 75%. I think this could be the decider for it going for good! 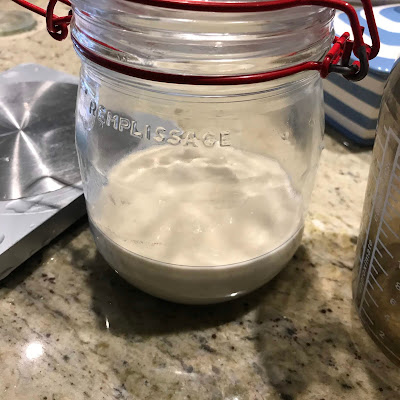 So what to do with poor old Vincent with no oven in which to bake bread? I do have a bread maker so decided it was worth experimenting . I mixed the dough, kneaded it and let it prove before adding it to the bread maker for the longest cycle. I cooked a brick! I was all for throwing it out but the men of the house who will eat anything decided it was worth investigating. And surprisingly it was actually okay with a good sourdough flavour and suitably chewy texture, so probably worth doing again. 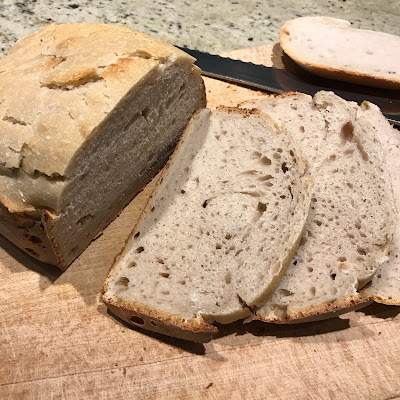 But I did also discover sough dough starter makes incredible pancakes so it would appear that Vincent will live on! 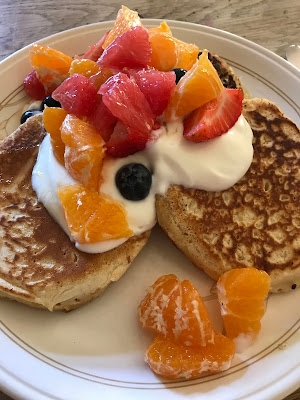 I then received a wonderful surprise gift in the post from our friends in the Netherlands, who know I like cooking as much as I appreciate art... Modern Art Desserts. On seeing the wonderful Mondrian cake on the cover my heart sank a little as I thought I wouldn't be able to make any of the desserts without an oven. But on reading there were several that do not require baking. 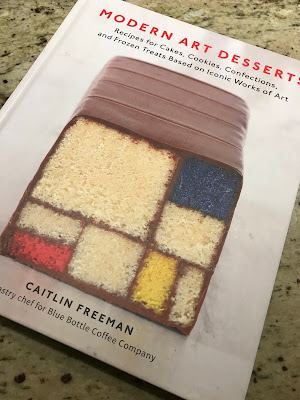 So On Friday I made these elegant little Panne Cotta based on an artwork by Spanish artist Rosana Castrillo Diaz. A layer of coffee flavoured panne cotta set at an angle, with a layer of liqueur jelly separating it from a layer of maple syrup flavoured panne cotta. An awful lot of work and several dirty saucepans over a period of about six hours but so worth it! Only in lockdown would I spend the time making such a special occasion dessert destined for our Saturday lunch but the Mondrian cake will have to wait until the autumn when the Aga goes back on. 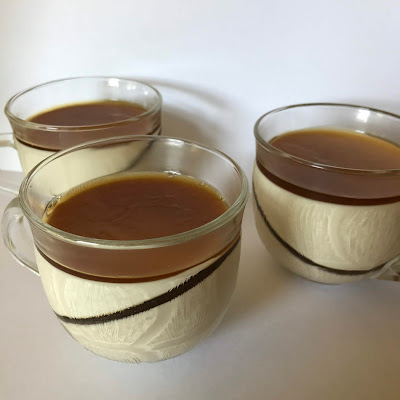 I even managed to find some edible lustre dust to make the jelly layers sparkle. 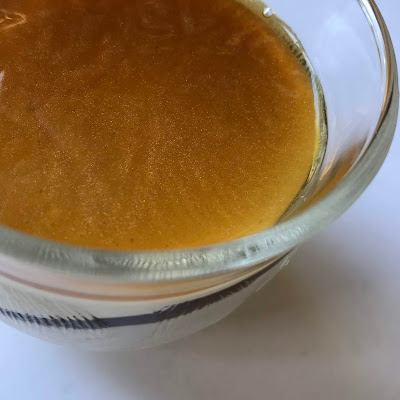 As well as cooking there has been a fair bit of reading and I have just finished Life After Life by Kate Atkinson, which I loved. I was so engrossed in the characters that I didn't want it to end so I have immediately picked up a God in Ruins, despite having read it only a few years ago with our reading group. Not a sequel exactly but the continuing story of one of the central characters from Life After Life. It's not often I read a contemporary novel more than once but I'm enjoying it just as much second time around and it's made me think of other books I might want to reread. 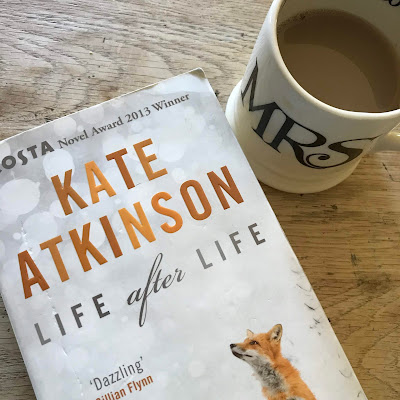 Our reading group has continued to meet via zoom calls although it's not quite so easy to have a discussion. As it happens our book for June is another Kate Atkinson - Big Sky, the latest in the Jackson Brodie series. Have you read anything good lately? Or cooked anything exciting either for that matter?

I've not been great at keeping up with blogs or replying to comments etc lately so do forgive me and pop by and say hello! I miss you!
Posted by Gina at 20:38