A Conversation About Climate

We continue to settle into our new home and village finding new ways to join in and become part of the community. Last Friday I dodged the showers and joined a group of like minded villagers for a three mile walk along the surrounding fields and footpaths. We started and finished at the newly refurbished pub, where we had an excellent cup of coffee and pastry at the end of our walk... undoing any good it might have done us. But it was about community, friendships and supporting a local business as well as walking. We are incredibly lucky to live somewhere surrounded by so much natural beauty and with so much to offer. 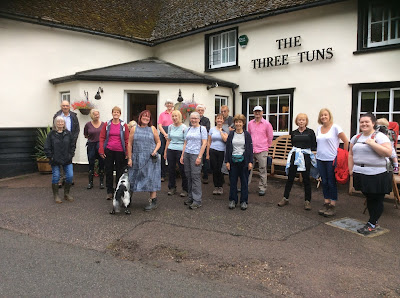 Another village group we have both joined is a collection of like minded individuals who have become increasingly concerned about climate change, because we cannot carry on thinking this is someone elses problem if we want to continue to enjoy our countryside and be able to leave it for future generations. None of us are experts but we have come together because we all want to learn more about climate change, ecological issues and most importantly to find out what we can actually do about it. We are hoping that by having conversations about it, learning more, spreading the word and leading by example then others will follow. And of course, the best place to start is at home. 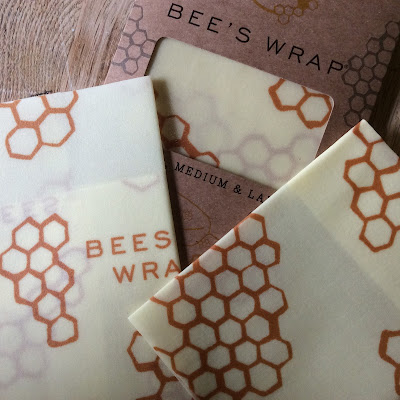 We have started by taking some small pledges to ourselves about making changes in our lifestyle. One of these is to reduce our use of single use plastics. The recent programme The War on Plastic with Hugh Fernley-Whittingstall was quite an eye opener on this if you still need convincing. I stopped putting fruit and veg in plastic bags at the supermarket quite a while ago... yes I am that irritating woman in front of you trying to balance and weigh six loose apples as they roll off the scales. I stopped myself asking a man why he was putting his bananas in a plastic bag the last time I was there... but then afterwards I thought why didn't I say something. Probably because you never know how someone might react... You need to be brave to be an eco-warrior!

But something I have continued to use is cling film. So when the last roll ran out I vowed never to buy another and instead I invested in some beeswax wraps. They are not especially cheap (This pack of three from Lakeland were almost £20) but they are re-usable, lasting for up to a year and when  eventually they cannot be used any more they are compostable. I know I probably could make my own but I really don't have the time, however I have found another supplier BeeBee Wraps who are a small local business (local to us in Cambridge) that I really like the look of, so I intend to order some more from them as they worked really well for wrapping Stewart's sandwiches. Apparently they are not good for wrapping meat but we don't eat meat at home at all so it's not a problem for us... and anyway reducing meat consumption is one of the biggest things you can to to reduce your carbon footprint. But that will be a subject for a whole other post. 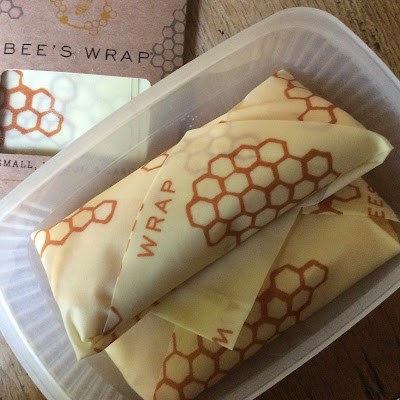 The second pledge I have taken is to join in with Oxfam's Second Hand September, and not buy any new clothing for the whole of September. To be perfectly honest this isn't such a big deal as I don't really buy that many new clothes so to forgo for just 30 days is no great sacrifice. So instead, my friend and I have pledged to do it for a whole year starting on the 1st September. Given that the UK alone sends 11 million items of clothing to landfill every week this could make a real difference if enough people signed up. Are you willing to join us? 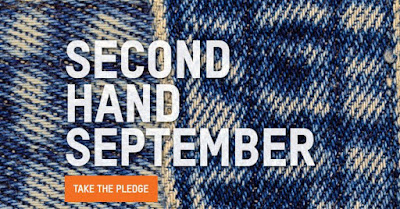 I will try to give regular updates here on how we are managing but the idea is no new clothing, except what we make ourselves (but that also means no new fabrics bought either in my case... just using what I have). Everything else will need to be sourced from charity shops, or altered and mended. Except underwear... I think I draw the line at second hand knickers!

I would love to know your hints and tips for what you are doing to live for a more sustainable future.