The clock is ticking

Time is of the essence at the moment. Our house sale and purchase are going through and it looks as though we may well be moving house by the end of next month. I know there is so much to do yet I'm finding the thought of all the sorting out and decluttering all rather daunting. Bit by bit I'm deciding what we will bring with us and what needs to go but there is still an awful lot to do.

So at the moment reading is pared down to ten minutes or so before I fall asleep. If I wake up in time I also get twenty minutes in bed with a cup of tea before I walk the dog... when I frequently end up re-reading what I read the night before! So the fact that the last two books I've read have been slim volumes has been a real bonus. I thought Ghost Wall by Sarah Moss was a perfect little gem of a book and I loved it. It tells the story of 17 year old Sylvie who is away in Northumberland during the summer with her down trodden mother and bus driver father who is an obsessive amateur historian. Together with a university professor and three of his anthropology students they are re-enacting life in an Iron Age settlement. Despite being a very short read it manages to cover themes of abuse, violence, class and gender inequality as well as history yet the narrative never falters 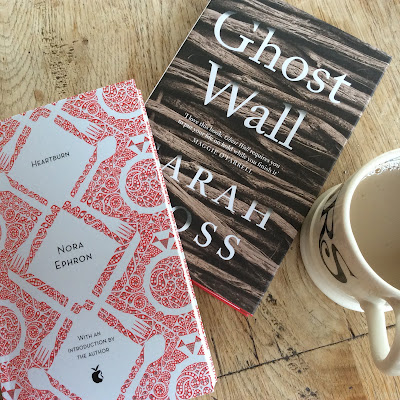 My second quick read was Heartburn by Nora Ephron. Published by Virago Classics it was a beautiful book - the cover is delightful - but I wasn't really convinced by the claim that it was a brilliantly witty book about the breakup of a marriage. Being a 'classic' I wanted to like it but mostly I found the self obsessed stream of consciousness just a little tedious and irritating rather than witty. I didn't dislike it enough to give up on it though and was glad as it grew on me a little by the end. 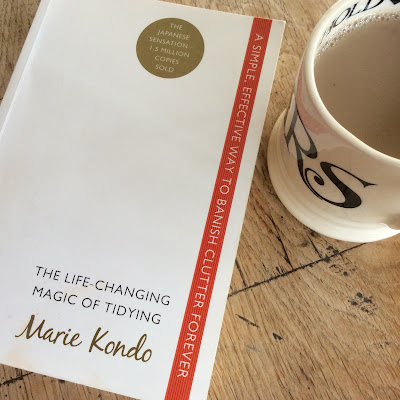 I'm not sure what I will read next as I have a pile of four or five books by the bed, as yet unread, but for now I'm flicking through Marie Kondo in the hope it will inspire me to get on with the tidying and clearing up. This morning I went through my t shirt drawer folding and rolling and found at least four or five that are destined for the charity shop. It's not much but it's a start. I couldn't quite face the KonMarie method of getting all my clothes in one big pile before sorting them out. If I had done that we wouldn't have got in the bed this evening! One drawer at a time will have to do. 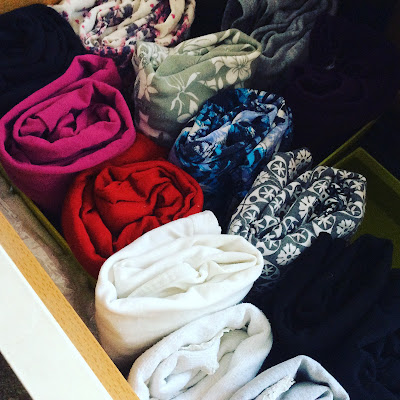 I'm not looking forward to going through my books though... definitely won't be putting all of them together in one big pile before sorting them out. One shelf at a time I think.