I seem to have been away from this space for a long time and the only reason is that I am exhausted... well I'm exhausted and blogger failed to save my last post mid-edit and I lost the lot... but mostly exhausted! Long shifts at the cafe knock me out for days, plus all the stuff involved in moving house, family issues as well as everything else that is going on has all been a bit much over the past couple of weeks. I'm not very good at stopping, asking for help or admitting that I'm tired and the cumulative effect has knocked me for six. I thought it might be restful to sit and write a long blogpost, which it was until it disappeared. It's taken me another six days to summon the enthusiasm to  write it again!

But this is a post that I needed to think carefully about writing. There has been a lot written over the past couple of weeks about racism, that seems to have started in the on-line knitting community on Ravelry and Instagram. I had been blissfully unaware until I read Julie's post here. I followed her links and read what had been going on and was alarmed at the emotion fuelled discussion and negative comment around racism and inclusion.

I am not sure I am qualified to add to the discussion at this stage and I'm still trying to understand many of the issues, especially from the viewpoint of white privilege which is where I have come from. So if you want to find out more I urge you to follow some of the links in Julie's post. However I do know that no-one should feel unwelcome, excluded, hurt or upset as a result of what someone else has said or written regarding their race, colour or anything else, whether those things were said with intention or not. And we could all do with being more aware.

Which I guess brings me to this post in which I've wanted to write about my trip to India for quite a while. But this whole discussion on racism has stemmed from a blogpost by Karen Templer about her upcoming trip to India so it has made me very wary. The problem was with the language used and sentiments expressed. I've questioned my own motives and intentions but do believe my reason for wanting to visit India stems purely from a desire to expand my horizons and learn more, first hand, about a different country, its people, culture and skills.... in the same way as the first time I visited France, Italy, the USA or anywhere else. So I truly hope I'm not offending anyone as I've only ever wished to create a space that is friendly and welcoming to all.

Whether it is in preparation or just to get me in the mood, I seem to have been drawn to books and films about India recently. I read The Best Exotic Marigold Hotel before Christmas. It was okay but full of stereotypes such as old racist white people and didn't leave me with any real sense of the country. 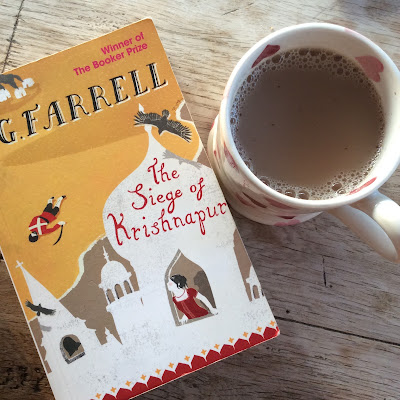 Then a friend loaned me The Siege of Krishnapur. Telling the story of the siege of an imaginary Indian town, although based on true events in Lucknow during the  Muslim mutiny in 1857 it was far better written than Marigold Hotel and also funny in places, in a Jeeves and Wooster kind of way. That is, all upper class, moral superiority and colonialism. It might have been a true picture of an India in days gone by but I didn't feel it really reflects life today.

I also saw the film of "A Passage to India". It is a fabulous film if you can look past the awful casting of Alec Guinness as a Hindu Brahmin, that deals with racism and prejudice in the days of the Raj. It left me feeling quite uncomfortable that people could act in such a superior manner towards another race, and worryingly I sometimes wonder if much of that underlying feeling has changed. But again I'm not sure it gave me much of a flavour of India today. 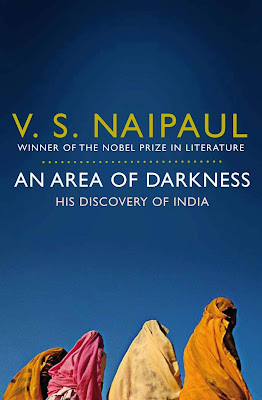 My latest read has been An Area Of Darkness a semi autobiographical account of V. S. Naipaul’s visit to his ancestral homeland. Naipaul was born in Trinidad of second generation Indian immigrants and was brought up a Hindu. It is strikingly original response to India’s caste system, its  acceptance of poverty and squalor, and the conflict between its desire for independence and its nostalgia for the past. Despite its rather negative portrayal of India and its people, it gave more of a feeling for what the country might be like, being a richly sensual and descriptive book. Of course, whatever books I read and films I watch, they will only ever give someone else's view so I'm very much looking forward to discovering the country for myself. 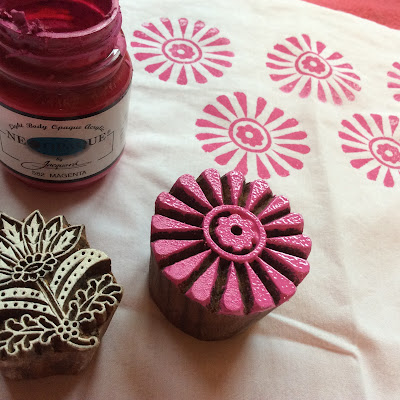 The main focus of the trip in September will be to attend different block printing workshops where we will be learning from skilled experts in this ancient craft. But I have been having a little dabble myself to prepare for some upcoming workshops I am holding to promote the trip. I was given a beautiful set of carved wooden blocks by Colouricious which I have been using to print fabrics. 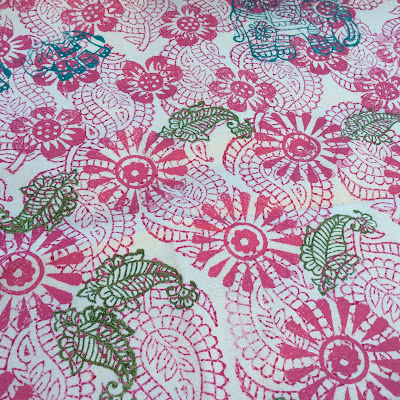 Lots and lots of fabrics! 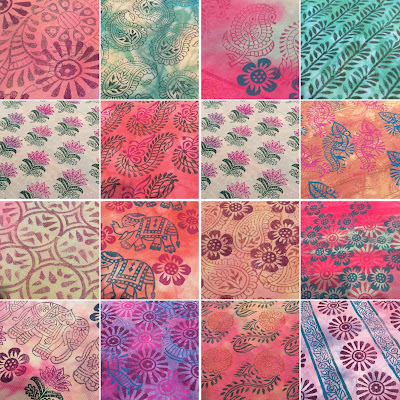 I have then used the fabrics for some projects... a cover for a little travel journal... 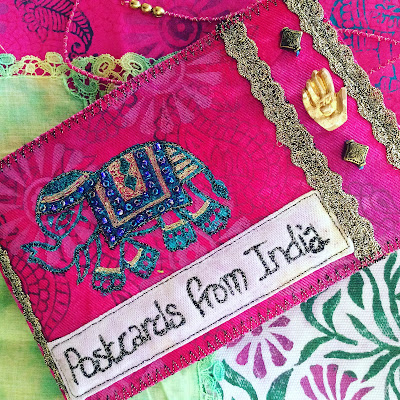 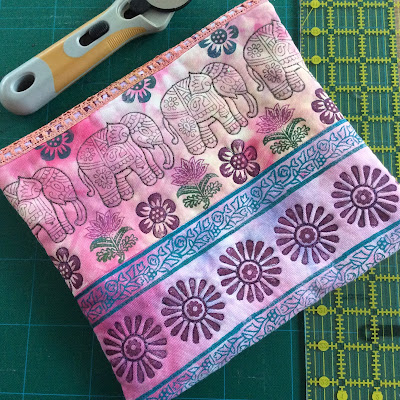 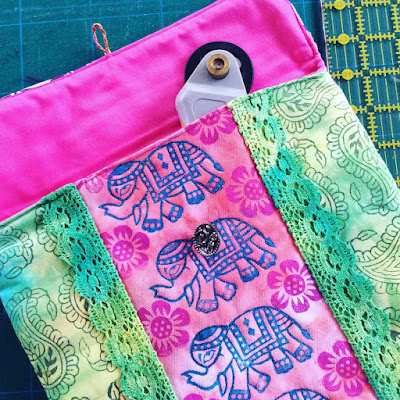 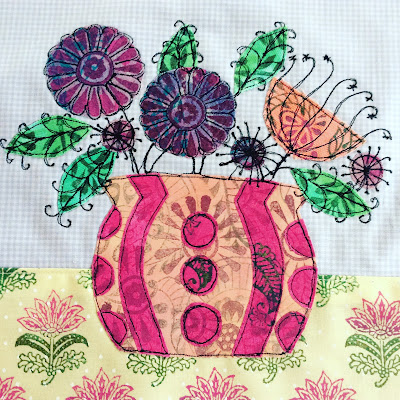 And if you fancy joining me on this amazing trip, to discover India for yourself, you can find all the details here:

I'm now going to hit the publish button and keep my fingers crossed it doesn't all disappear again. Tomorrow I am back at work but I hope I won't be away quite so long before my next post.
Posted by Gina at 22:37