A Lick of Paint

I have been confounded by technology this week. After my last post I thought I had been totally abandoned by all my readers. Usually comments come through as emails to my inbox. I have no idea whether I set it up to do that or it just happened but following that last blogpost there was a deathly silence. No emails... and no comments, so I thought! Then yesterday I happened to check the blog directly and and there were 22 comments I didn't know about! It has happened since the new privacy laws so I'm wondering if that has anything to do with it. I also noticed something about open ID comments pop up on Blogger which I haven't checked out.

So thank you all for commenting. Of course it now means it is not so easy to reply by email which is my preference so I am gradually replying in the comment box. But is good too know that I haven't been abandoned and that I'm not alone in finding house moving stressful.

And now to make things worse my laptop is dying a slow and intensely irritating death. It still sort of works and I can just about access documents etc but everything is taking so long. It has just taken 20 minutes to save a document! So I'm trying this on my iPad... struggling with formatting but I'm determined not to be beaten.

We have just about got the house and garden as spick and span as we can
. Of course I realise anyone buying the house will want to put their own stamp on things but there has still been a lick of paint here and there. I've drawn the line at painting over the Jungle bedroom though... I just couldn't do it! 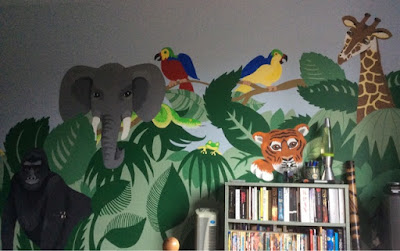 I know I have shown you photos before but I can't resist posting them one last time... 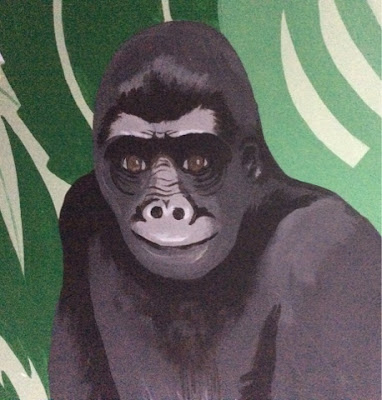 All done over twenty years ago because my then eight year old son (who happens to be getting married next month) was crazy about gorillas! 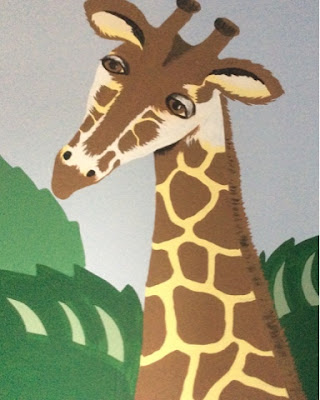 I was never too sure about giraffes in the jungle but Sam chose the animals he wanted to share his bedroom. 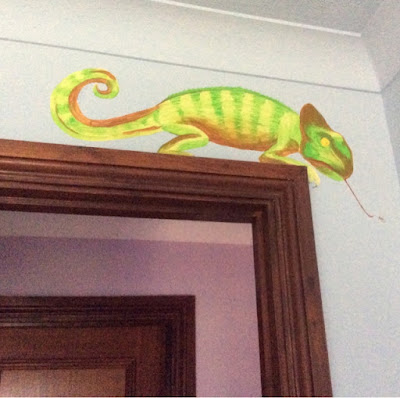 My favourite was always the salamander over the door! 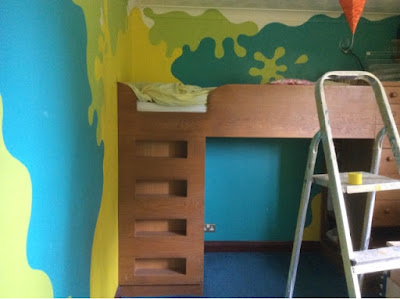 However, one of the other bedrooms was still painted in decor which was the choice of a ten year old boy and I did feel that a quick makeover was called for before the estate agent came to take photos. Despite some precarious moments when I was balanced on top of the bunk bed with a tin of paint, it only took a couple of days and it also meant that the room was cleared of junk and tidied up. Of course it seemed so much brighter when I finished I wondered why I hadn't done it years ago, but you just live with these things, especially when you're not really using the room except for storage. 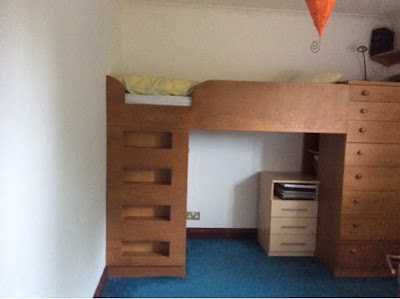 I would still like to paint the hallway, not because of the house move but to cover up all the scuff marks etc before I do open studios but whether I get around to that is another matter.

Meanwhile I need to sort out my technical problems as having started this yesterday it has taken forever to write it. I didn't manage to finish it on the iPad and it has taken all evening to finish it off on my laptop as it keeps freezng with a black screen... and then when I can see what I'm doing the cursor is jumping all over the place. Apologies now if there are lots of typos! I'm off to Worcester tomorrow to give a talk which I've had to change because I can't access the Powerpoint presentation on here. I'd like to tell you that I'll be back soon with news other than house moving but I'm starting feel that that if writing a blog post takes this long I might not bother again.
Posted by Gina at 22:12