We've got some exciting news as Stewart's daughter and partner are expecting their first baby in December... I'm going to be Step-Grandma! Which of course means a good excuse to be knitting all sorts of tiny things in the coming few months. 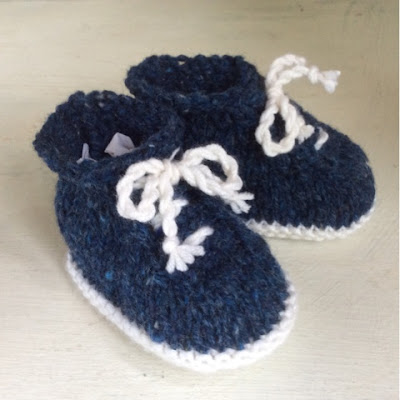 We know it's going to be a boy and as Adrian is a big Spurs fan I thought I'd make the baby a little Spurs supporters outfit. I was convinced there would be loads of patterns available but so far haven't found anything suitable so will probably come up with my own design. However whilst searching for all things sports related I did find these little baby sneakers and couldn't resist. 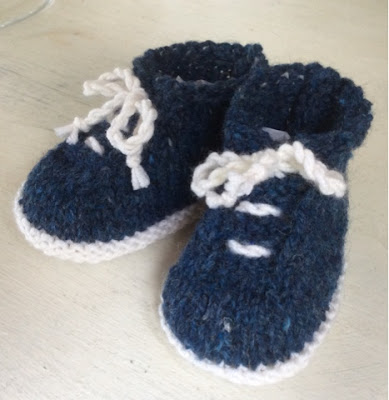 They knitted up in no time at all and I'm now thinking that the well dressed baby probably needs these in several colours! These were knitted in Debbie Bliss's Baby Cashmerino and Rowan Tweed. 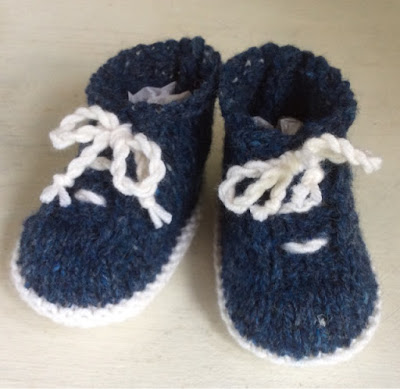 I had also intended to knit one of Julie's little cotton rabbits as I've made these several times before and love the way they turn out. I got as far as making the head and then I got to thinking it might be fun to make a little black cat instead as Kirsty and Adrian have a much loved black cat. 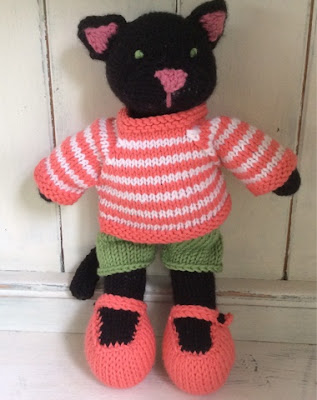 I'm not convinced I like him as much as the knitted rabbits I've made previously and it took me a couple of attempts to get the head right... One head ended up in the bin and I'm not sure I like this one much either. I played around with Julie's pattern a bit and made the ears a bit bigger which I preferred... And I know the jumper is too big but I doubt the baby will mind all that much. This was all in Baby Cashmerino, mostly because it is so lovely to knit with (and why the jumper is too big!) I expect there will be a rabbit too! 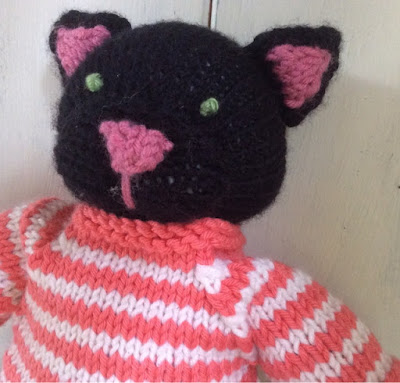 I'd forgotten what a nightmare it is trying to knit with black yarn though... so hard to see what I was doing and impossible to sew up in artifical light. And not easy to photograph either... a bit like black puppies! 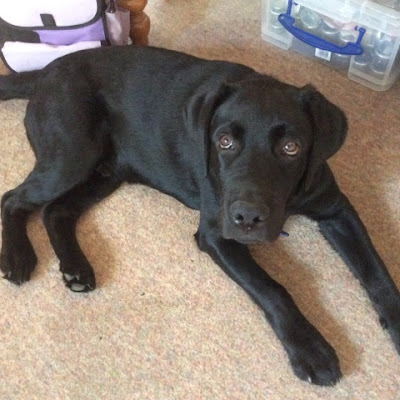 This naughty boy has discovered my sewing room... probably as it is the only downstairs room with carpet so it's comfortable plus he does like to follow me about wherever I am. Of course now I have to be extra vigilent about what ends up on the floor... 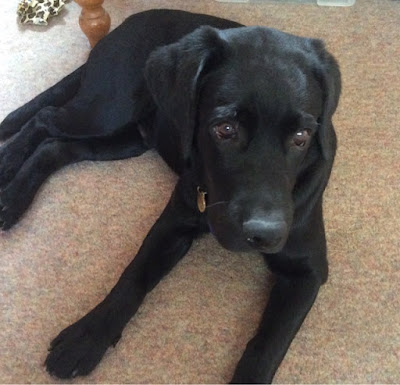 I just retrieved a needlecase from his mouth before it did any damage!
Everything goes in his mouth... It's worse than having a baby!
Posted by Gina at 11:18