Thank you so much for the kind words and messages about the wall hanging left in the comments on my last post. I have tried to say thank you to as many of you as possible, but some of you are no-reply bloggers and I still can't get my head around replying in the comment box... So THANK YOU!. It has made me realise that although it is not my usual style, I am starting to appreciate the quilt. And I hope by the time I attend the launch part next month I will at least, have come to like it a little bit! That is if I can attend the party... They are having to change the date because it clashes with a day I'm teaching.

I would like to tell you that since its delivery I have done all sorts of lovely leisurely things but no. I'm teaching again this coming weekend and two consecutive weekends away with another teaching day in between is just a recipe for packing and unpacking and putting stuff away... And I haven't even put everything away since last weekend yet! So with absolutely nothing to say for myself, rather than go another week and a bit without blogging, I'll just show you some knitting I've finished over the past couple of weeks. 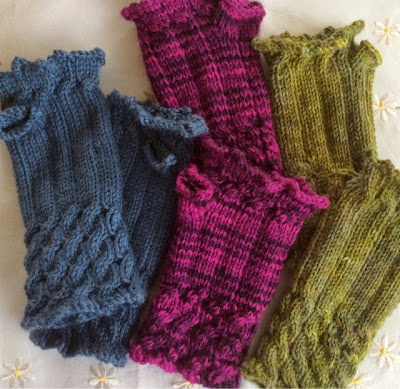 Yes, I know, just as we are coming into spring and hopefully some warmer weather, I have made three pairs of mitts. At least I'll be well prepared for next winter. 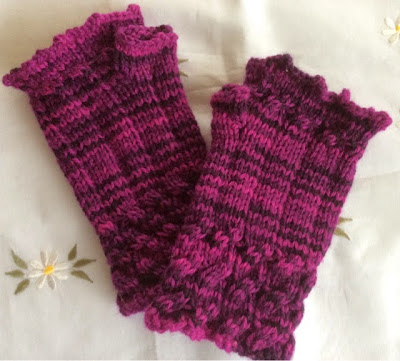 I'd been hankering after some green mitts for a while... I know... They are magenta... I'm not colour blind! It is just that the pattern I had picked... Fetching Mitts... Required Aran weight yarn and Alison of the fabulous company Yarnscape, who was at Textiles in Focus last month didn't have Aran weight in green when I was there. So I bought "Blackcurrant" instead and knitted these up in a couple of evenings. But having made these I decided it would be easy enough to adapt the pattern for the green (Sherwood) double knitting weight wool that I also happened to buy! 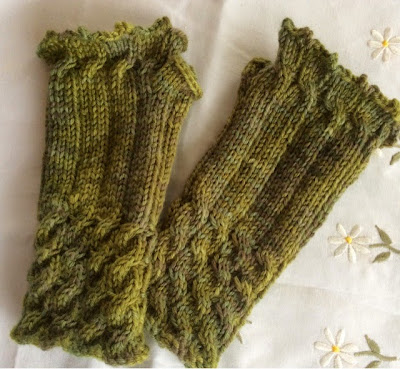 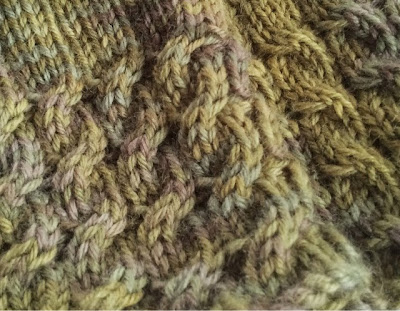 Then at this point, my Mum saw what I was knitting and declared she would like some mitts too. This time I bought the recommended Debbie Bliss cashmerino Aran, made them longer on the wrist and hand because Mum has got big hands... And a third pair were made! 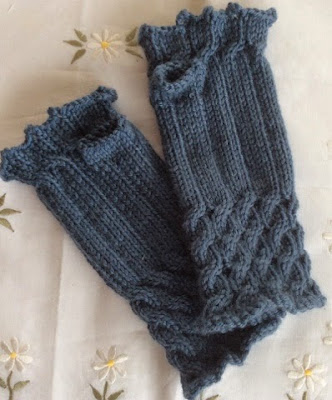 I still have enough green yarn to make another pair but think I'm all mittened out for now! 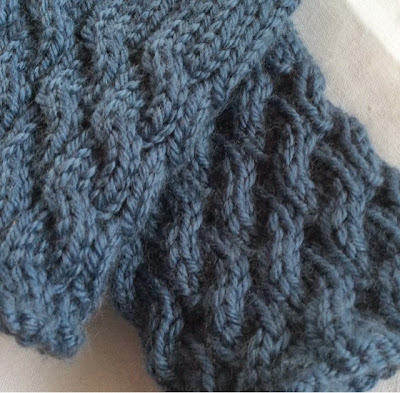 I'm in need of a new knitting project... Or perhaps I should just finish off an old one... Or two! 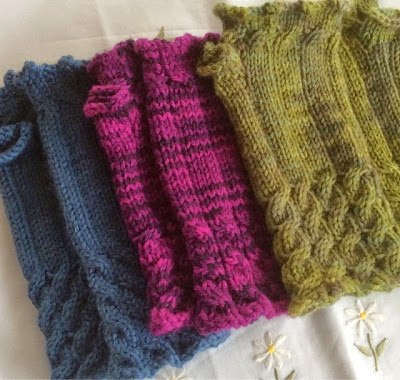 Or better still, unpack some of the bags I keep tripping over when I go into my studio!
Posted by Gina at 12:23