I have recently been involved in a fun exchange organised by Lesley... of limited edition prints.
Now I am not a printmaker by any stretch of the imagination so this was quite a challenge, but after going through a lot of ideas that were then rejected mostly on the basis of I didn't have a clue how to do them I decided on a collagraph. A couple of years ago I did quite a bit of work on daisies resulting in a some embroideries and so I took this monoprint from my sketchbook at the time as a source of inspiration. 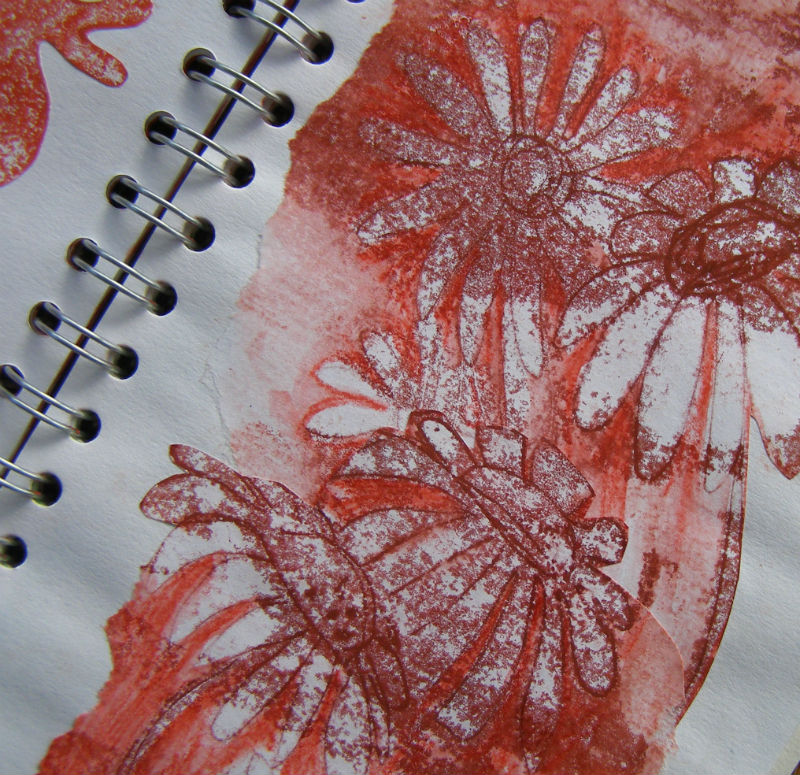 With the collagraph plate prepared, a couple of Saturdays ago I set aside a day for printing. Frustration struck almost immediately as I tried to get something with a little more colour than this. After several unsuccessful attempts I was getting to the stage where I was starting to think I needed to buy more paper, but then I decided to change from the ink I was using to oil paints. 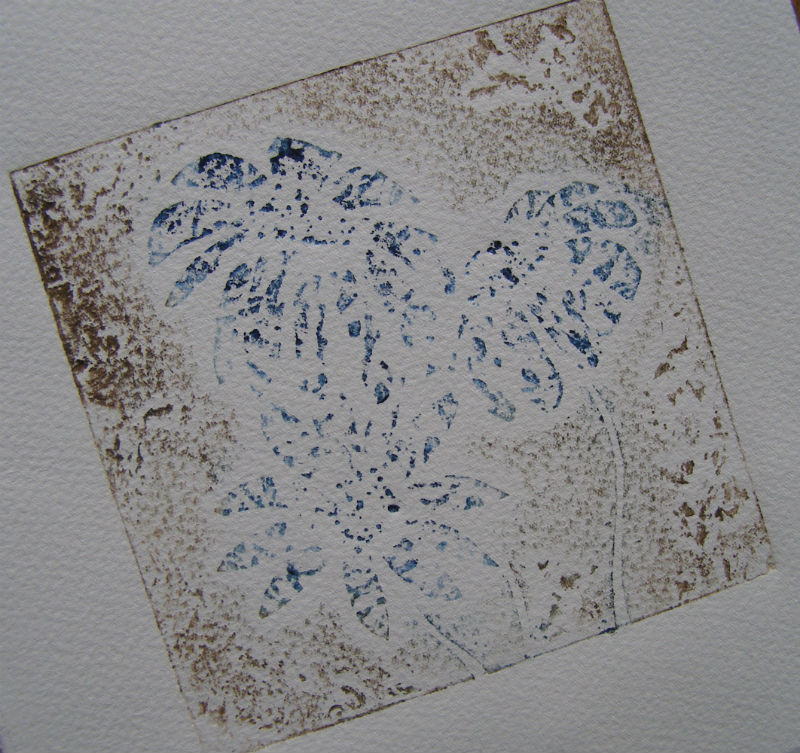 This was better although now the prints were coming out too dark... 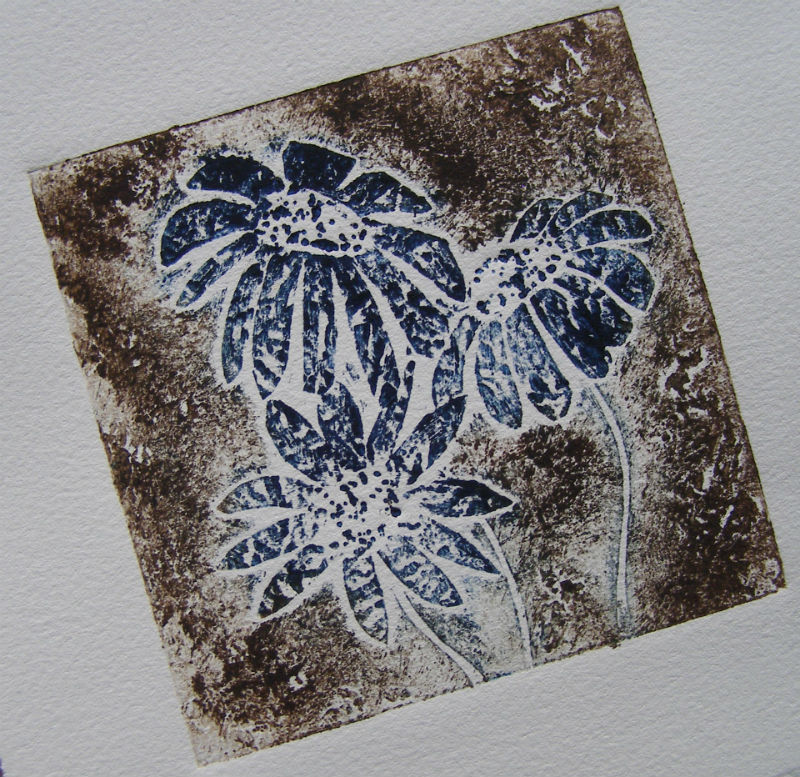 Eventually I managed to print an edition of nine prints of which I was moderately happy and six of them are now safely arrived with the other members of the print swap . 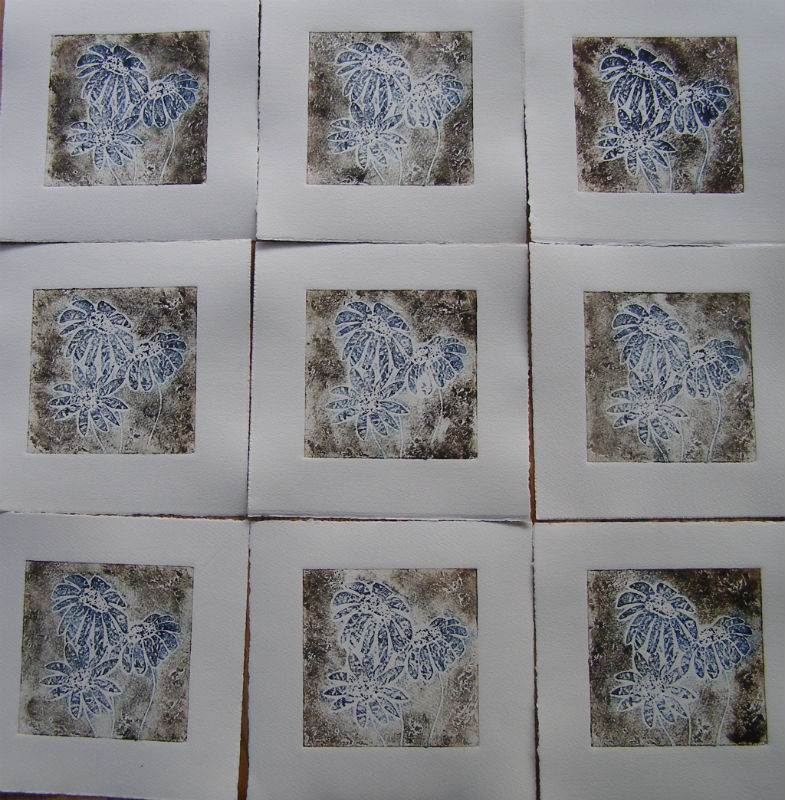 I've only ever attempted collagraphs once before but as then, I almost prefer the plate after printing to the actual prints. 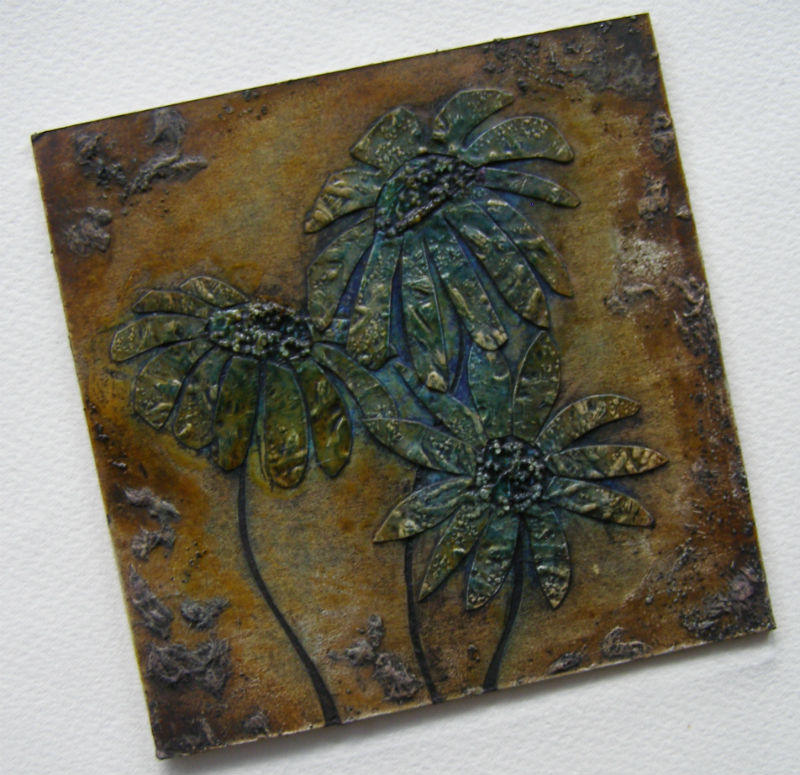 As there were a total of seven of us taking part in the exchange that means I have a couple of spare prints left from the edition so I thought I might give one away on here as a thank you to everyone who continues to read and follow my blog... there wouldn't be much point without you! So leave me a comment by Sunday 9th June to let me know if you would like to win a print and I'll pick out a winner. 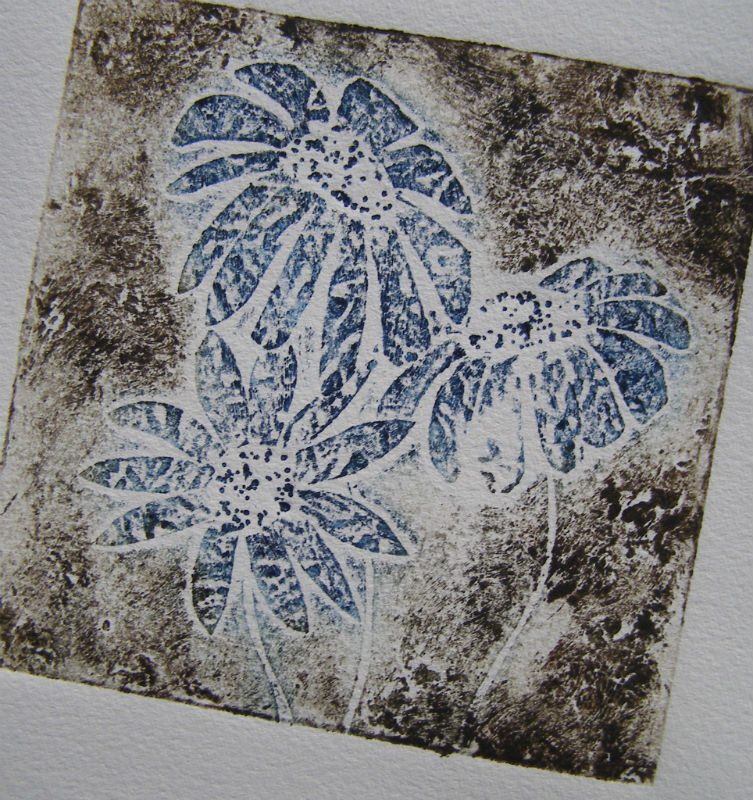 Not all of the other prints have arrived yet as some participants have been away but when I've got the full set I'll show you them all. It's been a lovely exchange (if a little nerve wracking) so thank you Lesley. I've really enjoyed it.