1. Butter or margarine? Not really a decision for me as unsalted butter is all I ever use to bake as I don't think you can beat the flavour, although Mary Berry might disagree 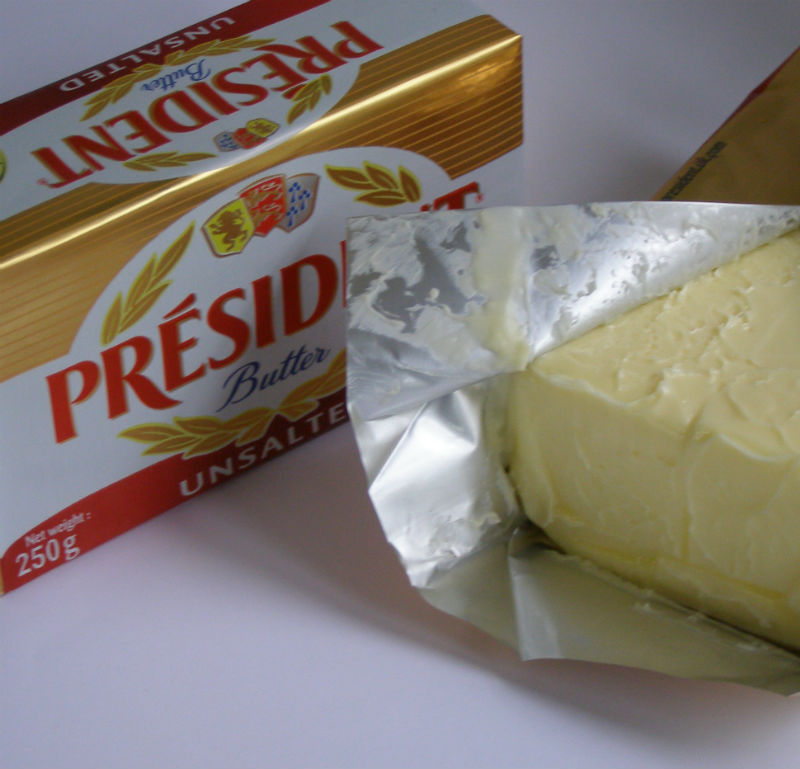 2. Golden or white caster sugar? After some research I've found that white seems to dissolve into the fat better whereas the golden leaves small crystals that appear on the surface of the cake. 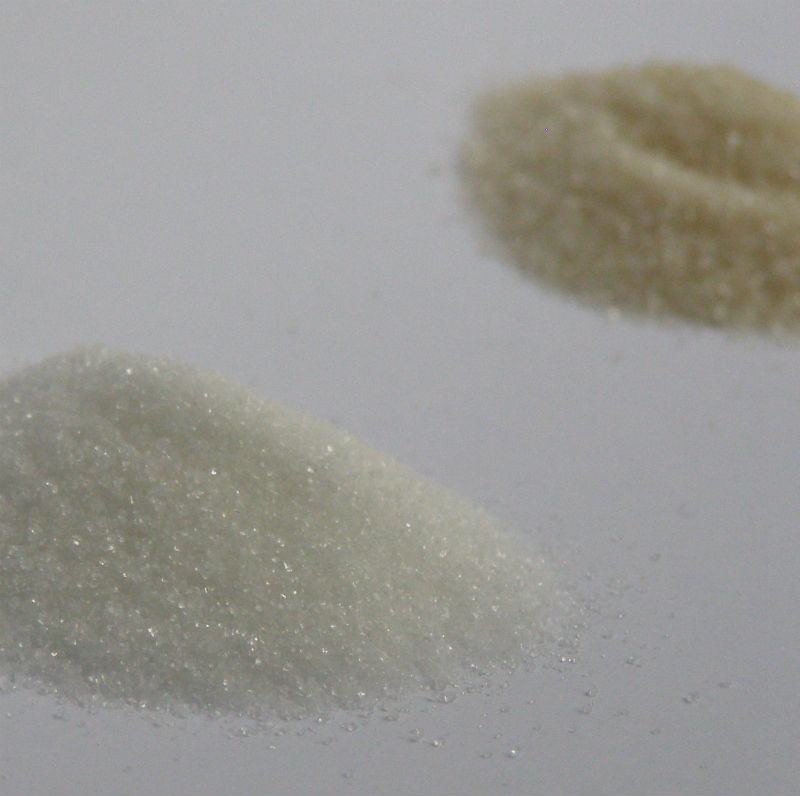 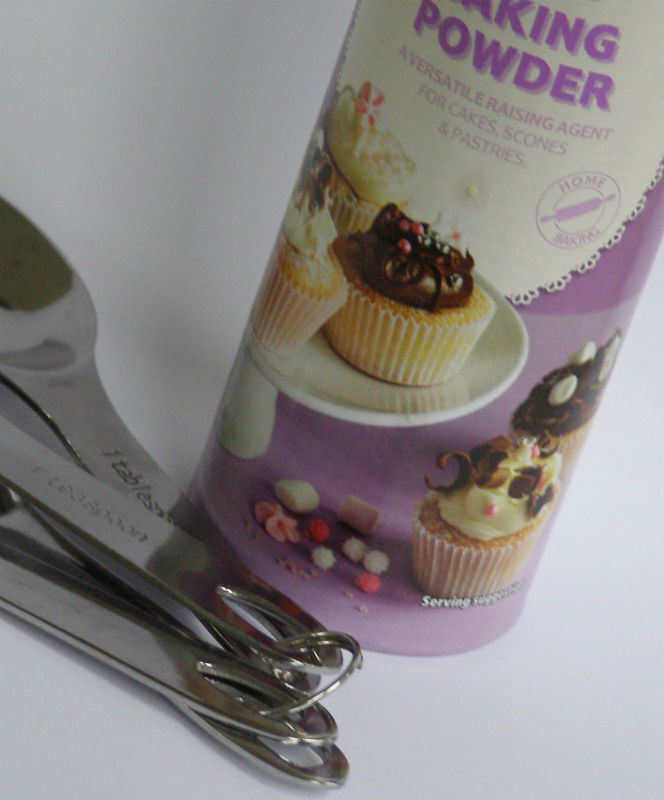 4. To add vanilla or not? I do because I like the flavour. 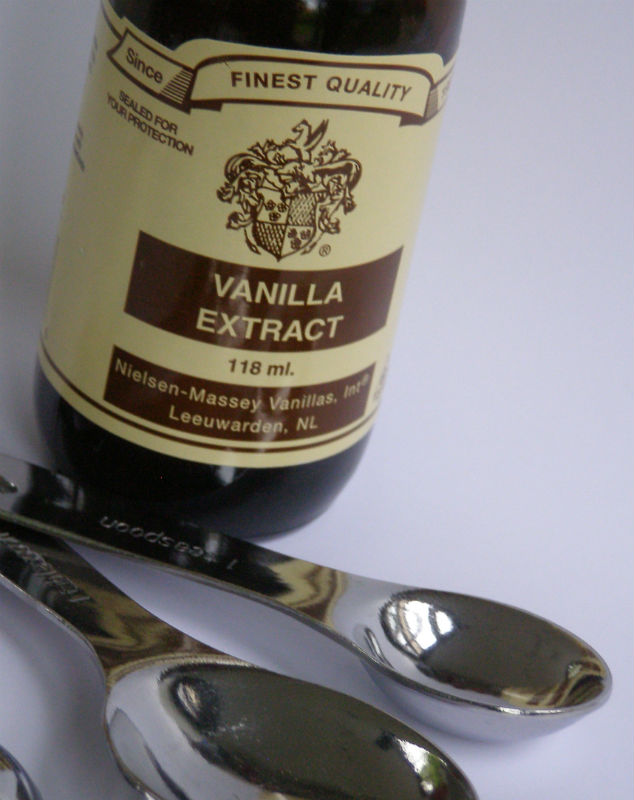 5. Weigh the eggs and add equal amounts of the other ingredients or go for standard weights? I tried both ways and found 4 large eggs with 225g of flour, butter and sugar seem to work best and give a softer mix and less dry cake. 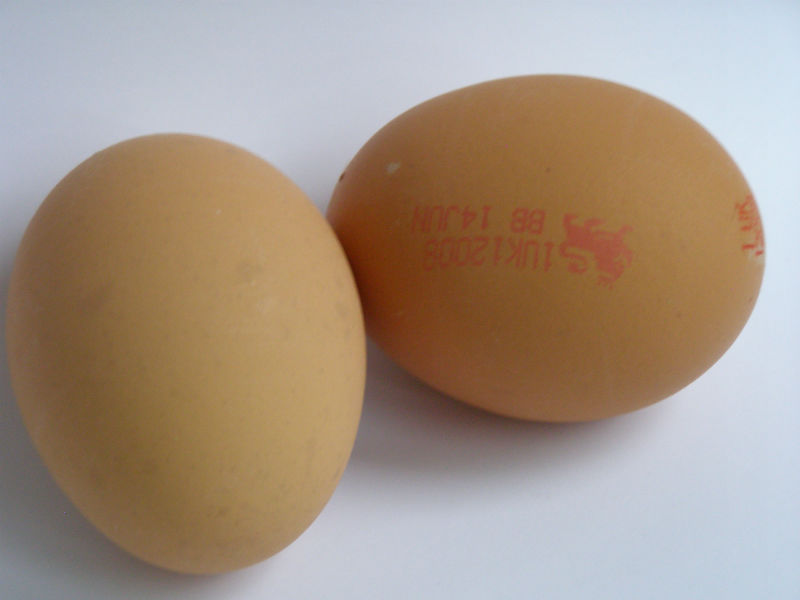 However, all these decisions fade into insignificance when faced with the prospect of making the perfect Victoria Sponge, in an unfamiliar kitchen, start to finish in just one hour.  That's right... tins prepared, ingredients weighed, everything mixed (by hand, no electric gadgets allowed), cakes baked, cooled, filled and assembled with both jam and whipped cream in sixty minutes flat. 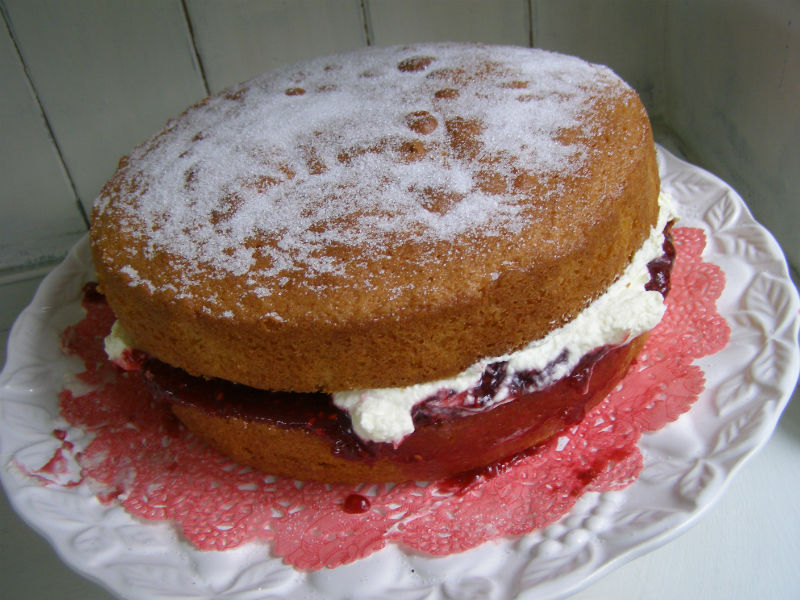 I've had a few trial runs just making the cake and have got the mixing and baking down to 40 - 45 minutes but there is no way the cake will ever be cool enough to fill. I had a proper timed go this morning and as I predicted the filling melted into a gloopy mess. 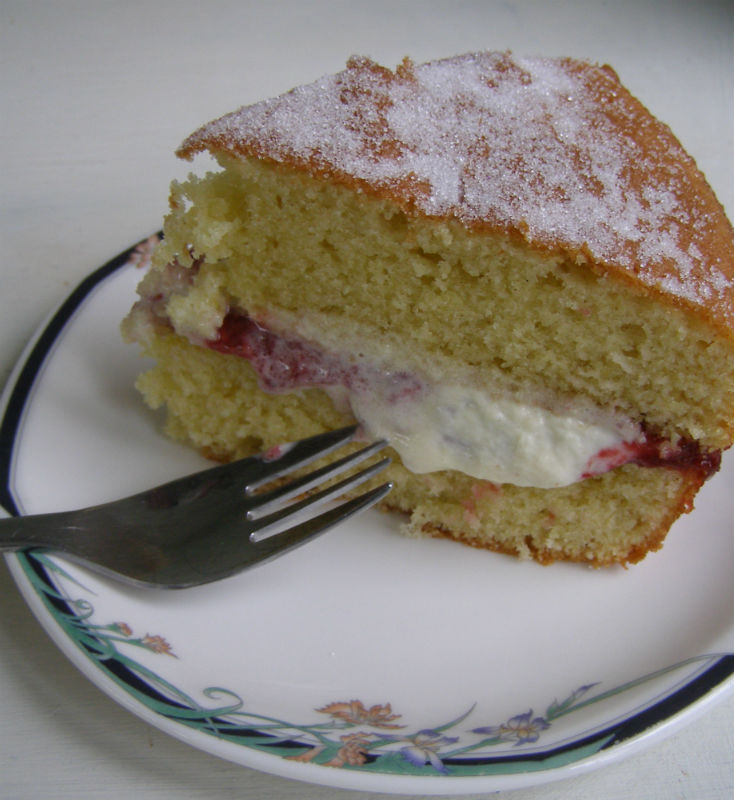 It tasted okay (even though I am not a fan of cream in cakes)...  but this doesn't exactly look like a prize winning cake now does it? 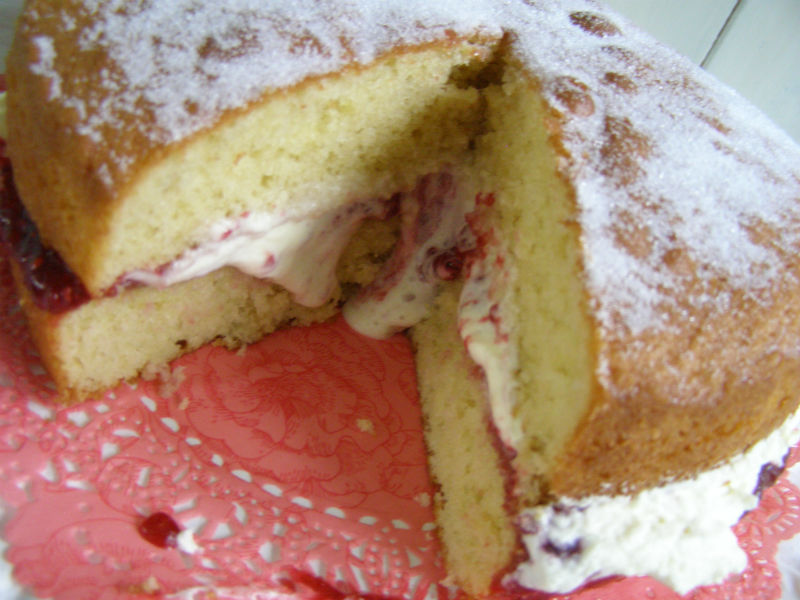 I've decided I shall bung my cooling cakes in the fridge and if that's not allowed I will refuse to add the cream!
Wish me luck for Saturday!