Before I ever started blogging I used to read blogs and wished I could be part of what seemed to be an elusive community of bloggers. And that was what probably prompted me to start writing my own blog. Initially it was a quiet and lonely place, but gradually there was more interaction and I began to feel part of that special blogging community. 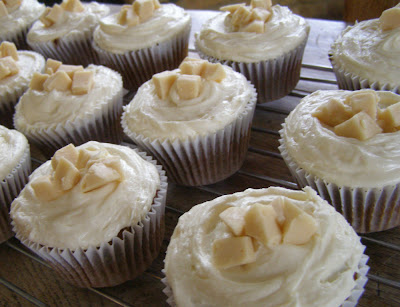 Mostly I would write about the things I made... machine embroidery, knitting, crochet and with the occasional cake. It was a place I could promote my textile work but like anything else it grew and changed over the five years I've been writing, just as the blogging community has grown and changed. (Alice has also written very eloquently about this recently. 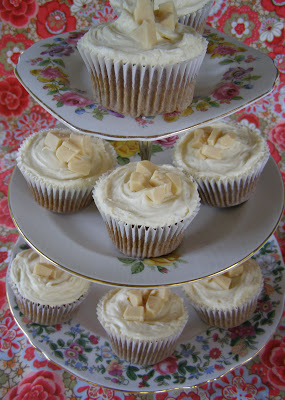 I think it is inevitable that a blog will evolve and in some cases come to a natural end. This blog is still a place where I share my work in textiles and it is, without doubt, a valuable promotional tool for me. But I like to think it is more than just about my work and gives a bigger picture of who I am, with stories of my family,my home, my garden, places I've been and things that I've seen etc. But more and more it seems to be a place where I show my other passion... baking. And on more than one occasion over the past few weeks I've wondered whether I should start a separate blog for my baking endeavours. 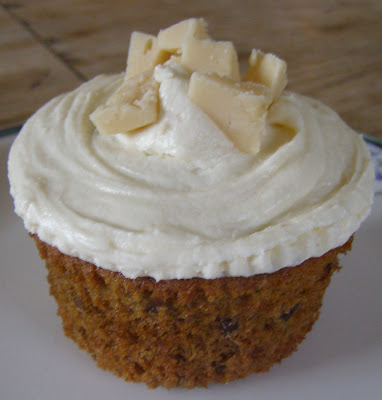 And every time I think I will do just that I think of a dozen reasons why that would be a bad idea... like most of all could I really be bothered with keeping two blogs going? Do I even have the time to write two blogs? But then I change my mind because I think that pehaps if you are stopping by here to see textiles then perhaps you are just a little sick and tired of all the cakes? So what do you think... carry on as I am... or split into two? 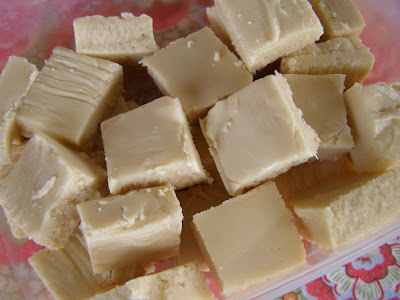 But for now I only have the one platform from which to tell you what I'm up to and so I'm showing you this week's cakes which are Sticky Toffee cupcakes from the Hummingbird Bakery Cake Days (which also seems a good book from which to try every recipe!) Do you think it was just a little obsessive to make my own fudge for the topping though? (You don't have to answer that one) 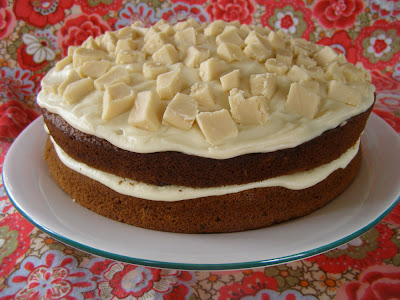 And because there was a lot of icing and fudge left over, later in the week I made a Sticky Toffee layer cake which went to our village Over Sixties meeting yesterday.... something I have done and blogged about every November since I started blogging, so perhaps not so much has changed after all! I might be back soon with some textiles... or baking... or possibly even something else.
Have a good weekend!