I feel as though I have been under house arrest for the past week... only venturing out for bare essentials. 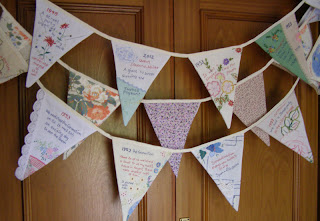 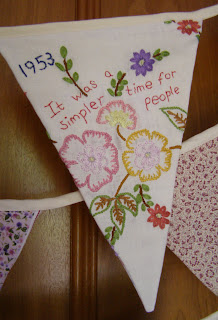 12.5m made in two lengths consisting of a total of 46 individual flags. 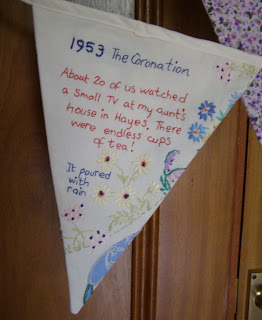 Each one has been embroidered with reminiscences of street parties and celebrations ranging from the silver jubilee of George V in 1935 up to our recent jubilee celebrations. 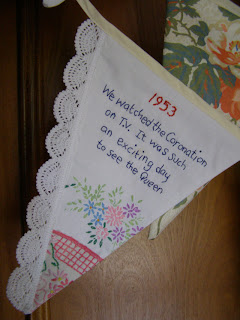 Each one has been made from vintage embroidered table linens, much of which has been donated by you, my blog readers. Thank you so much for for supporting me yet again and being part of this project. 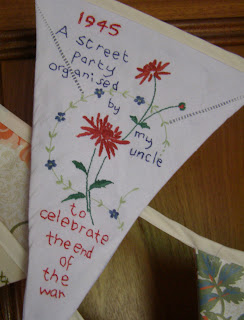 The bunting will hang out side the Cambridge Folk museum this weekend to coincide with the Olympic torch coming to Cambridge. The torch leaves Cambridge for Huntingdon early on Sunday morning July 8th and will pass right past the folk museum along Castle Street. After that the bunting will hang in the museum tea room which is open at weekends. It has been a great project to be involved in although it has taken far more hours than I originally thought and because we were waiting on collecting the reminiscences it has all been very last minute. 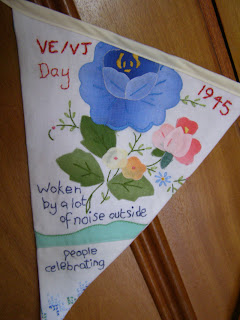 I did give myself a day off yesterday and we worked in the garden all day. As ever I completely forgot that I'm not as young as I used to be and a full day in the garden has left me barely able to move today... I never learn! 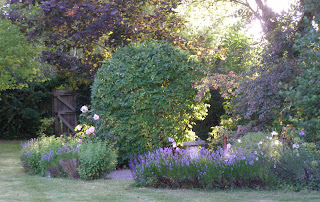 Good job all I had to do was sit at the sewing machine and stitch bunting all day today!
Posted by Gina at 16:51