Hello!
I can't believe that it is October already. The weeks are whizzing by with no time to write blog posts, nor read them either lately. I managed to get through September without buying any new clothes which really wasn't much of a hardship, but it did make me take a look at what I already own. I decided I would mend a small hole in a favourite pair of jeans by adding some Boro style stitching. 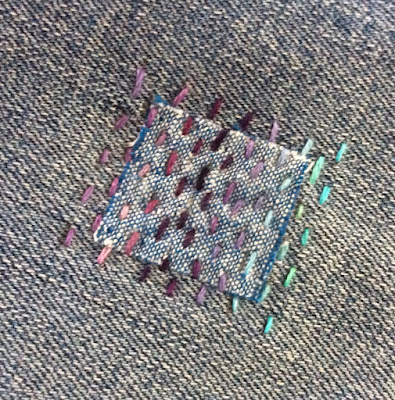 The hole was patched with a square of cotton fabric and then I added the running stitch with a variegated thread to add strength to the patch. 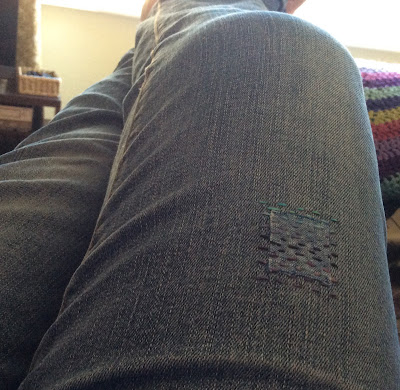 I like it so much that I was tempted to add extra patches where they weren't needed and I'm now on the look out for more items that need mending. 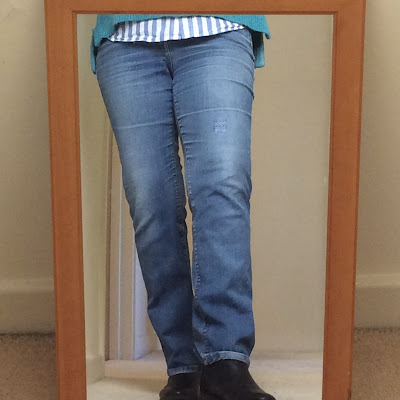 I thought that if I am going to spend a whole year without buying anything new it might be a good idea to browse the charity shops now and then to see what bargains might be had. I didn't expect to find anything I wanted to buy but then I spotted this red cotton cardigan that still had an original label attached so had never been worn. I have been looking for a plain red cardi for quite a while so I snapped it up and all for a bargain price of £4! 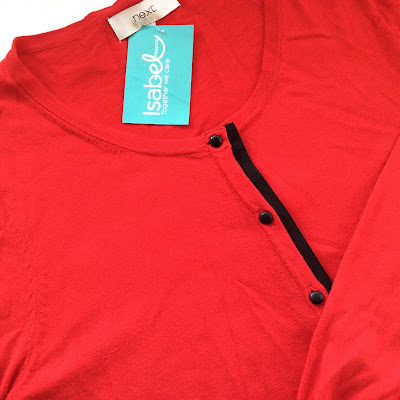 I wasn't over keen on the black ribbon trim or black buttons but an evening with a seam ripper and my button box soon fixed that. 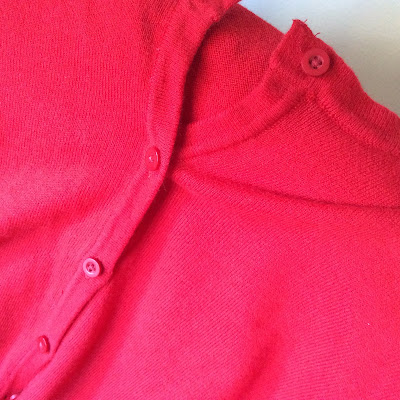 I didn't quite have seven matching buttons but I had three of one type and four of another so I've alternated them down the front and don't think anyone will notice... well, not unless you've read this blog post of course! 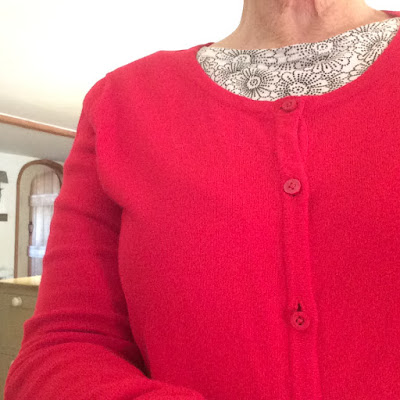 I was slightly tempted by a soft shirt for sale in the supermarket. Although I don't buy that many new clothes it is the sort of thing I might have happily popped into my shopping basket without a second thought... but I resisted. Then just a couple of days later I spotted this lovely soft denim shirt in the charity shop for under a fiver instead. It has a really unusual cut on the back with a diagonal pleat. I tried photographing it but it looked rubbish, not helped by the fact it needed ironing. I wasn't going to get the iron out just so I could get a decent photo so you'll have to take my word for it. 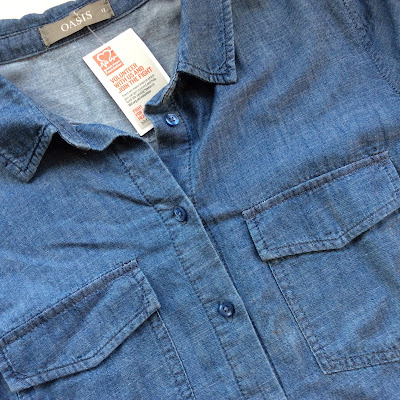 Once again I decided to add my own twist and so have embroidered the pocket flaps. Actually no, I have embroidered one pocket flap and I'm half way through the second but they will get done because I like them. I was thinking about a single little yellow daisy on each collar point too but maybe that is too much... what do you think? 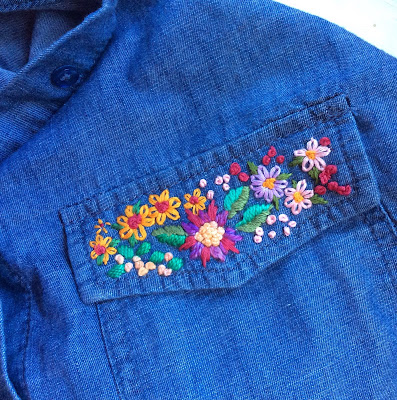 In other news we have had Stewart's Mum staying with us for a long weekend which was lovely... a bit like a mini staycation for us with lunches out and a punt tour on the River Cam courtesy of son no. 2. I know I have sung his praises before but he really does give an amazing tour with a full hour of humorous embellished commentary on the history of Cambridge,  the university and its inhabitants. You don't just have to take my word for it... last month we had a punt trip with our reading group where Sam wasn't our guide for reasons I won't embarrass him with (although I'm thinking of buying him a diary!) When the guide we did have found out that I knew Sam his reaction was "Sam, he's a legend on the River, he gives an amazing tour."


So if you want the best trip ever on the River Cam... book with Cambridge Punters and ask for Sam (just remember to send him a reminder in the morning!) 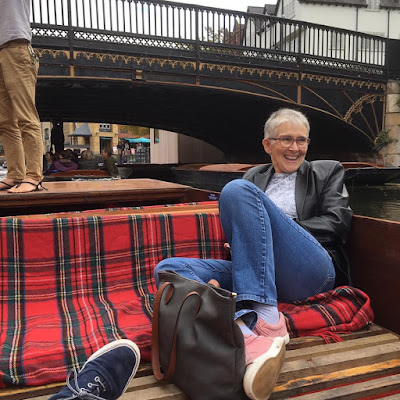 We almost dodged the rain but not quite! 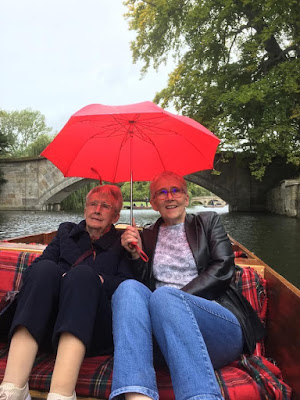 I also finished the blinds for the bedroom. It took us almost as long to put them up as it did for me to make them but here we are three months after moving and we finally have some privacy in our bedroom. I think the neighbours are probably relieved! 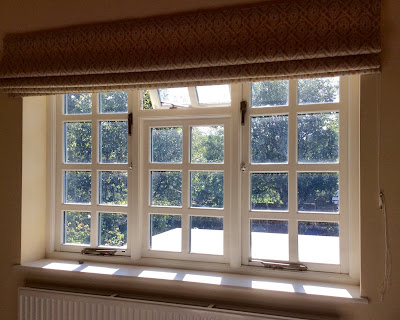 This week the garage has been demolished to make way for a studio for me, which should be ready by the end of November. |I am just a little bit excited. And at the weekend I am off on a wild retreat... no electricity, no hot water in the middle of a forest by Lake Coniston. It seemed like a good idea when I booked it but I'll let you know!
Posted by Gina at 19:56