We were out on Saturday night to another fabulous village event - a fund raiser for the local branch of the NSPCC where my friend Sarah was performing with her stage partner Ros as the totally brilliant Pulsatillas. On arrival Sarah greeted me and asked how I was. "I'm fine" was my reply and Sarah laughed... "Really? We've got a song about that tonight". And it's true isn't it. How often do we say we are fine when actually we are struggling with something or another. To be honest it has been a long time since I've been absolutely fine. Some of the things that are going on I have written about here over the year, other things not and if you ask me I'll say I'm fine. Because that is what we do. But I heard something else on Saturday. One of the customers in the cafe left us with a little quotation:
"Always be kind, for everyone you meet is fighting a hard battle" attributed to Plato
And I thought that is true too... so be kind because behind the words "I'm fine" there might be all sorts of struggles going on.

Which is by way of an introduction to a post about finding some mindfulness and meditation in our day to day life which came about from reading a lovely blog called Dolly Henry from where I found a  "Here and Now" link up from Say! Little Hen. I'm not sure I'll manage to join in every month but it seemed a good way to stop and reflect on what is good now and then! 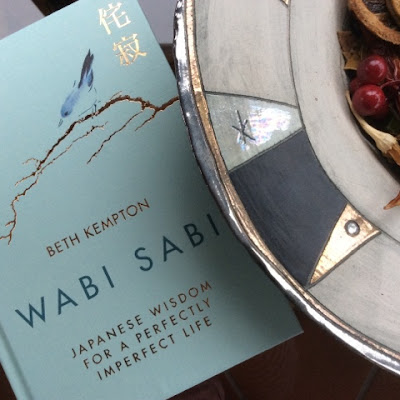 Loving// this new little book from Beth Kempton. Last year everything was about Hygge but I suspect it won't be long before we are all talking about Wabi Sabi, a Japanese concept that is about appreciating simple beauty in the world around us, appreciating the passage of time and imperfection as well appreciating the here and now. Or at least that is my interpretation which is rather apt  for this post. I'm certainly appreciating the feel of this beautiful little book in my hand. 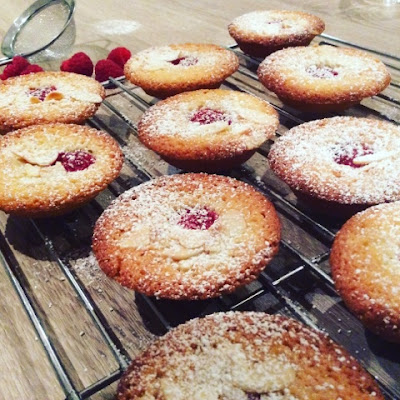 Eating// far too many of these little raspberry Friands. Similar to a French Financier, they are a little cake popular in Australia and New Zealand made from almonds, egg whites, butter and icing sugar. They are easy to make and easy to eat with lovely light fruity centres and slightly crispy edges. And they are rather delicious! 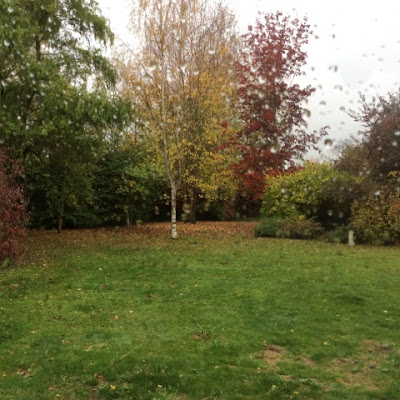 Feeling// cosy indoors on a second day of continuous rain. We didn't get a weekend walk yesterday, only the usual dog walks but made the most of being indoors, catching up with jobs around the house 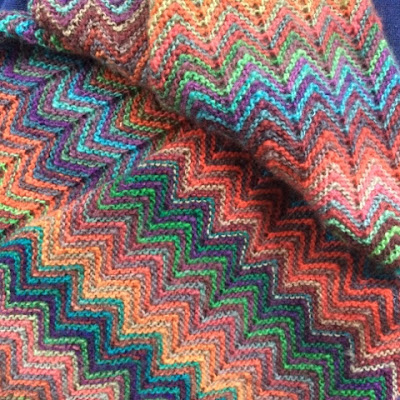 Making// a scarf. Having a day at home meant I was able to finish this scarf which I have been making for far too long. It was meant as a birthday present for my daughter-in-law except her birthday was in September... the beginning of September! Fortunately she is lovely and pointed out it had been far too warm for wearing a scarf yet so it would be perfect timing for when it was finished. Despite looking very complicated it is just a simple repeating pattern of decreases and increases in garter stitch but using two different colour balls of variegated yarn. You can find the free pattern here. I'm on the look out for something else to knit now that evenings are drawing in. 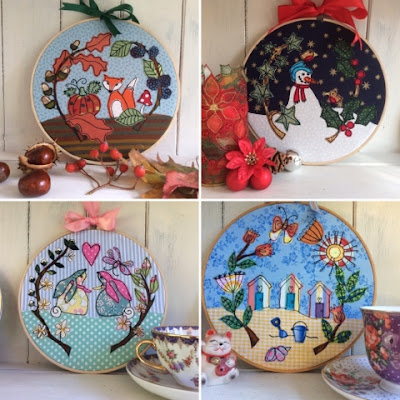 Thinking// of new ways to generate income from my creative work, which doesn't actually feel very mindful or "here and now" just stressful. I seem to have totally bombed with the patterns for my embroidery hoops and have only made two sales. Maybe they are too expensive... but I did a lot of price comparison beforehand... or maybe they are not what people want or like, who knows? But they haven't been a success story. Megan from Dolly Henry made the point that the pressure from trying to generate an income from creative work and constantly coming up with new ideas is actually enormous.

Dreaming// about a holiday and being able to generate enough income to go away next year... either that or hope the house finally sells! I'm not complaining - we had a glorious couple days in Elafonisos for my Son's wedding this summer but it has been three years since our last proper holiday together. It would be good just to get away for a break.
But do you know what... I'm fine!

Linking up with Sarah for October's Here and Now
Posted by Gina at 17:24