A Book or Two

Although I have a long reading wish list, I'm trying to read some of the books I have around the house or those I pick up in charity shops rather than buying more new books. A few years ago I discovered the writer Douglas Kennedy with his book State of the Union. It was an easy and engaging read and I was especially intrigued by Kennedy's ability to write so well from the female perspective. I then picked up his short novel The Dead Heart which I found totally gripping. It's a fast paced, gruesome thriller, interspersed with humour, set in the Australian outback. It's a real page turner. On the back of those two books I received a pile of Douglas Kennedy books one Christmas. I think I probably read a couple of them which were not great but entertaining. So when I picked up The Woman in the Fifth I hoped it might be okay. Unfortunately I thought it was awful! Moderately entertaining to start with, it is an easy, although somewhat far fetched read, telling the story of American Harry Ricks who arrives in Paris having run away from a failed marriage and a scandal that ruined his career. With no money and nowhere to live, Harry unwittingly falls in with the city’s underclass. When he meets and falls in love with a mysterious woman it looks like his future might improve. The plot thickens and the mysteries deepen and then about 75 pages from the end it feels as though Kennedy couldn't work out how to tie up all the loose ends (Spoiler alert... but I don't care if it prevents anyone else wasting several hours reading this nonsense) so he explains everything by making the woman a ghost, without so much as a previous hint at anything supernatural, which was complete and utter nonsense. What a waste of reading time! 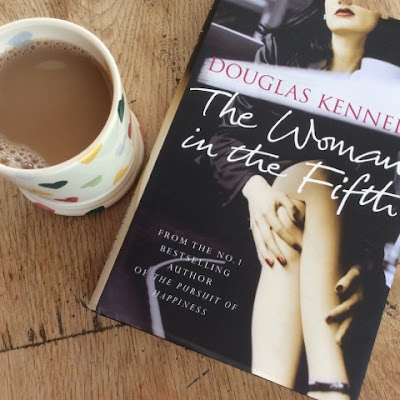 Fortunately I found the next book I picked up was far more entertaining. I have read Any Human Heart by William Boyd which I really enjoyed, so when I spotted  Waiting for Sunrise from the same author in the charity shop I thought it was worth picking up. And it didn't disappoint. I found the main character Lysander Rief, very similar to the hapless anti hero Logan Mountstuart of Any Human Heart, and it also has the same easy flowing style, but the story was very different charting Lysander's life from Vienna to London via the battlefields of France during wartime Europe, as he gets embroiled in a life of sex, scandal and spies! 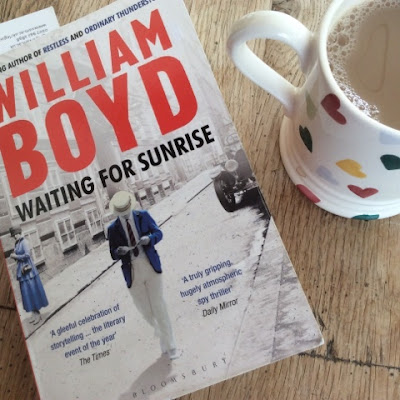 At the same time I also picked up The Best Exotic Marigold Hotel from the same charity shop. I enjoyed the film so was looking forward to reading the book especially since the news that I could be going to India next year. The book isn't quite the same as the film - the basic premise of a retirement home for the elderly is still there and the characters names are the same but that is where the similarity ends. The actual characters and the story line is totally different, so although it is still  enjoyable I'm finding it difficult to remove myself from the mental image of the film as I read. 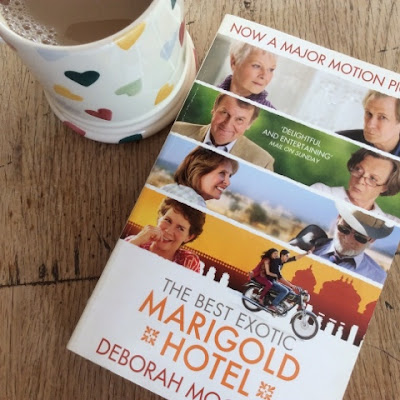 I thought it was worth reading though to get me in the right frame of mind for my Indian holiday with Colouricious Holidays next year, although it hasn't really conjured up the atmosphere of India I had expected. I'm looking forward to experiencing it first hand for myself instead. If you fancy joining me you can find all the information right here if you click on the link below. It would be so much fun to have blog readers join me on this trip.

Experience India with Gina Ferrari
Posted by Gina at 08:00