I think I should title this post "How to lose 5lb in one easy step"... like some self proclaimed life style blog. I recently read somewhere that the way to get followers and monetise ones blog is to give information such as  "The ten best..." or " How to do..." (fill in the blanks as you please). However I don't think I'd have the cheek to pretend I'm an expert on anything. However if you want to lose weight whilst still eating pizza with beer, having ice cream every day, eating cake and chocolate (yes, I did all those last week)... then put your house on the market! To be fair I only lost half of that 5 lb but Stewart lost the other half. I have lived here so long I had forgotten how stressful moving can be. 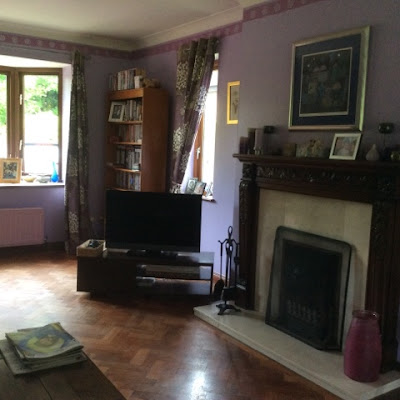 It was pure chance that we happened to see a cottage we liked last week but it did prompt us to finally get our house valued, which in turn prompted several days of tidying up and gardening. We opted for three valuations before we made any firm decision. The first chap, from a local agency, was full of enthusiasm and loved our house the minute he walked through the door. He recognised it as a well used, much loved, lived in family home but could also see it's potential. As a result we felt upbeat and excited about selling a home that has been special to us for many years. 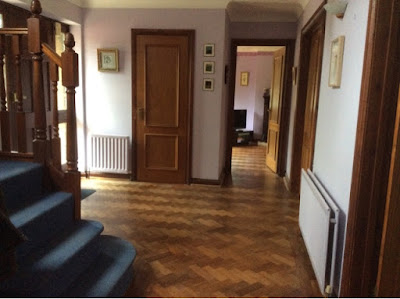 Fast forward  to the next valuation and I don't think I've ever met anyone so indifferent to what we had to offer. Yes, he wanted us on his books but acted like we had a very mediocre home. And this was  followed by an agent from a Cambridge estate agency who positively looked down her nose at us. We both know that when viewed  up close the house could do with a lick of paint and some minor repairs but she basically seemed to be telling us that it was very dated and not in a very good state of repair (my kitchen is two years old for heavens sake.. although the apparently comatose dog may not have helped the image!) She actually said that when you sell a house it is about selling a lifestyle these days... our lifestyle obviously didn't appeal! That evening I went to bed feeling quite miserable and despondent about the whole business. 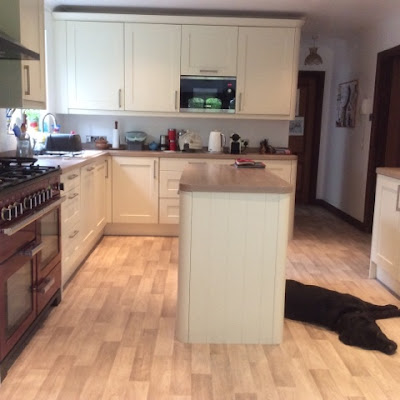 We also though we ought to view some more properties rather than immediately going for the first thing we'd seen, so spent most of Friday looking at virtually everything available in our local villages as well as going back to see the original cottage again. We didn't actually see anything else we liked or that was suitable but then started to have second thoughts about the one we did like... it doesn't really have enough studio space for me so it will mean some serious compromise. 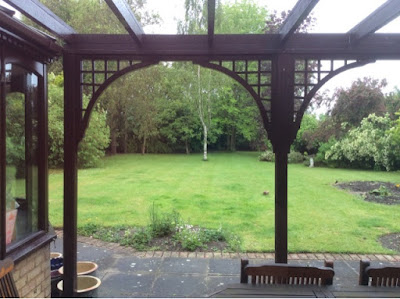 However we have put the house on the market and are keeping our options open. We have spent the bank holiday weekend gardening, filling flower pots and hanging baskets, tidying and cleaning and today I've shifted furniture and painted one of the spare bedrooms... but I might tell you about that another time, let's just say for now that cabin beds are not designed for sixty year olds.

Tonight we are sitting here like a pair of old crocks, complaining about our aching limbs and tired bones, trying not to think about the list of jobs lined up for tomorrow... selling a lifestyle is not easy you know!

So much has happened this week it seems much longer than a week since Jacob moved out. It has not been without its anxieties and stresses for him but so far so good. He came to visit yesterday and seemed in remarkably good spirits and not the least bit phased that we might be moving so my fingers are remaining crossed that this has been a good move for him. I hope your bank holiday weekend has been a good one... and not as exhausting as ours!
Posted by Gina at 22:23