One of the highlights of our trip to New Zealand was seeing the glow worm caves at Waitomo. There are huge networks of caves in this area of the country that feature glow worms that are native to New Zealand. Mum chose the sensible option where she could walk down into the caves and then have a boat trip through to see the worms... but not me and Joe. 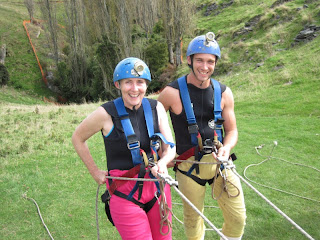 We opted for a five hour experience called "Rip, Rap and Raft". After getting kitted out in wetsuits, helmets and harnesses we were taught how to use the the harnesses to control our speed when abseiling. Looks easy on the grassy hillside doesn't it! 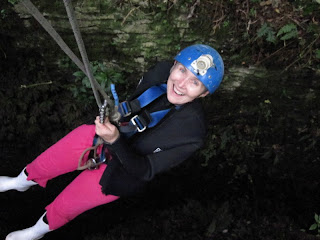 Feels slightly different when you are suspended over a 23m drop! 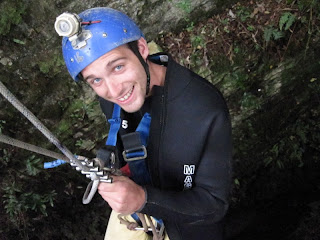 I thought it was brilliant! All the way down into this watery cave. 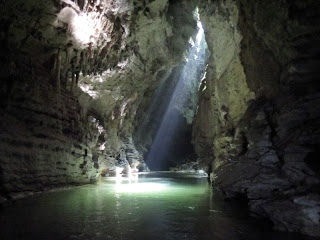 Our group of six were led off  away from the daylight into the depths of the cave where we had to scramble through tight holes.It might look bright in the photos but it was pitch black and only lit by the bulbs on our helmets. 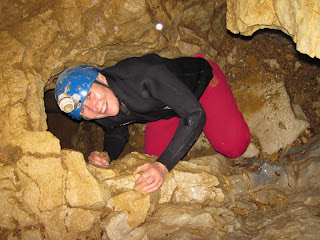 I was worried my backside might get stuck in this one! 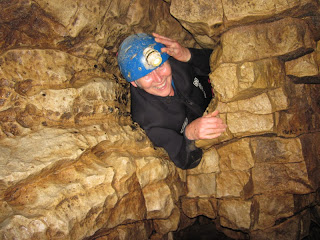 We ended up in a huge dark cavern, we lay on our backs, turned off our lights and were treated with the most amazing display of glow worms. Next we grabbed our inner tubes and set off floating down the underground river. 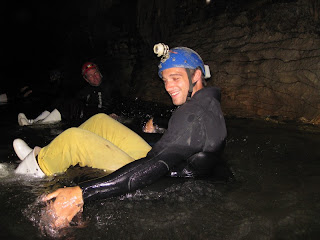 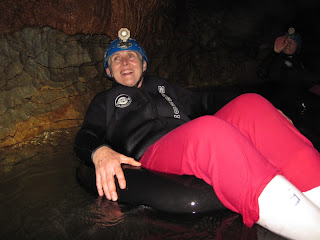 Where again we turned off our lights and were treated to another light show from the worms that looked just like stars in the night sky. Slightly scary floating on an inner tube in the pitch black and hearing the roar of water running over rocks getting closer and closer... but we put lights back on and stood up to climb over the rapids. 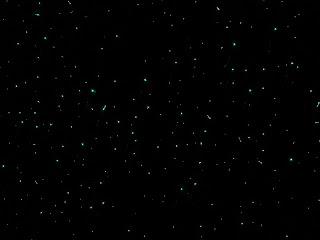 There were more tight holes to squeeze through 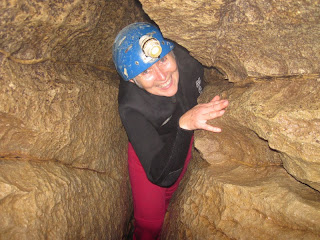 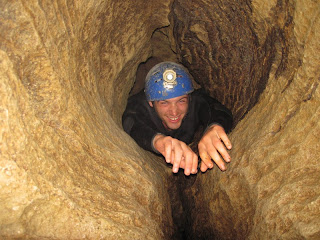 Until eventually we found ourselves back where we started... but how to get out??? 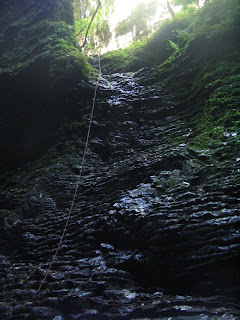 Harnesses on and we climbed the 27m up that rock face... not that easy in those stylish white wellies let me tell you!  I may look like I've just had a stroll in the park but believe me I was exhausted! 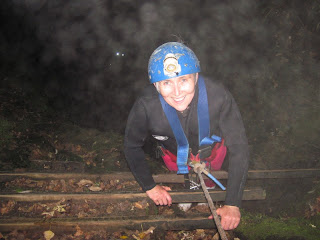 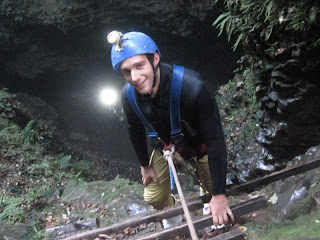 But a totally amazing experience and boy did I sleep well that night. 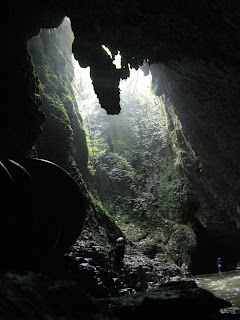